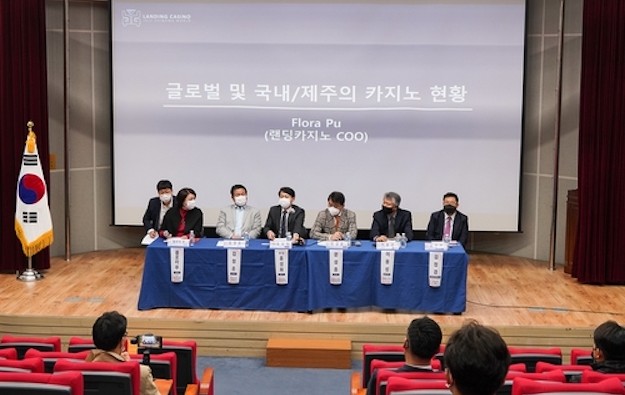 Twenty percent of casino workers on Jeju island in South Korea had lost their job this year due to the disruption to local tourism caused by the Covid-19 crisis, and a “tsunami” of further job cuts in the sector was likely to follow shortly, according to an academic from Jeju National University.

Kim Jung-hoon was cited in a press release as having made the comments on Monday at a seminar organised by Landing Entertainment Korea Co Ltd, the operator of Landing Casino. The latter facility is at the Jeju Shinhwa World resort.

“As of the end of 2019, 1,800 employees” were on the books of Jeju’s eight casino complexes, said the scholar. Gaming at the respective venues is open only to foreign players. Jeju’s casino venues account for about half the tally of foreigner-only casinos in the whole of South Korea.

The academic stated also that positive effect of the local casino sector in terms of supporting other local jobs was “significant”.

He asserted: “Twenty percent of Jeju casino workers have already lost their jobs this year, and another massive job tsunami is expected as the end of the year approaches”.

Monday’s event (pictured) was titled “The essential relationship between the Jeju casino industry and the regional economy”.

Flora Pu, chief operating officer of Landing Casino, was cited in the release as suggesting some form of travel bubble for foreigners to come to Jeju – a semi-autonomous region off the South Korean mainland – should be considered to help the local casino businesses.

Moon Sung-jong, a professor of international tourism and hotel studies at Jeju Halla University, suggested Jeju’s land-based casino operators should be permitted to offer online gaming in order to boost local tax intake and make up for the shortfall of in-person players.

Kim Jung-kyum, a lawyer from the Sejong law firm, suggested the issue of Jeju casinos being opened to domestic players should be considered, but with safeguards to protect people from harm.

Gaming revenue at Paradise Co Ltd, an operator in South Korea of foreigner-only casinos, rose by 312.9 percent year-on-year, to KRW39.17 billion (US$27.6 million). But such revenue was down 22.4... END_OF_DOCUMENT_TOKEN_TO_BE_REPLACED