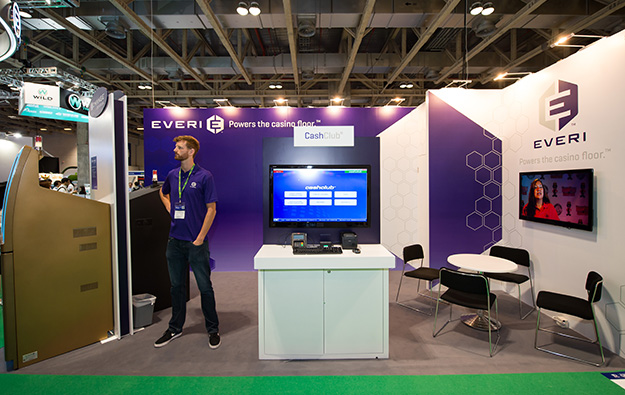 Everi Holdings Inc a United States-based supplier of casino electronic games and financial technology, reported net profit of about US$12.4 million for 2018, turning around a US$51.9-million loss incurred in 2017. The improvement was on the strength of higher revenues from its games division and its financial technology or “fintech” division. Everi Holdings, located in Las Vegas, Nevada, announced on Tuesday results for the fourth quarter of last year and for the full year.

In a press release, the company said its total revenue increased to about US$469.52 million for the year ended December 31, a 14-percent year-on-year increase. Revenue from games accounted for 55.2 percent of the total, with that from fintech making up 44.8 percent. The importance of the fintech segment was flagged in January by the group when it gave an internal promotion to its fintech boss as well as extending the term of employment for its group chief executive.

Adjusted earnings before interest, tax, depreciation and amortisation (EBITDA) increased by 8.3 percent compared to the 2017 figure to US$230.39 million. The company said the EBITDA statistic was a record.

Everi’s results for the fourth quarter of 2018 showed revenue grew to US$119.5 million, up from the US$105 million it registered in the same period of 2017 – a 13.8-percent increase. The revenue figure was flat in comparison to the third-quarter 2018 data, announced last November, of US$120.3 million.

Fourth-quarter net income improved to US$4.2 million, from a US$25-million loss in the same period of 2017, and fourth-quarter EBITDA grew 6.4 percent to US$54.6 million.

Everi’s core businesses are providing electronic games and cash handling technology to casinos. The company classifies the cash-handling business and its associated technology as fintech.

“Ongoing market share gains in both our games and fintech segments are driving notable and consistent improvement across virtually all of our key performance indicators,” said Everi Holdings president and chief executive Michael Rumbolz in a statement accompanying the results.

In the gaming segment, the bulk of full-year 2018 revenue – circa US$168.1 million or 64.9 percent – came from gaming operations, while just over US$87.0 million, or 33.6 percent, was generated from deals for its gaming equipment and systems.

Mr Rumbolz said the introduction of new slot-machine cabinets and games contributed to a more than 70-percent increase in the number of “high performing wide-area progressive units”, which sees jackpots linked across several machines in different locations. In November, the company said its mechanical reel slot machines were a key driver of growth in sales.

In Tuesday’s results announcement, Everi also said it paid US$40 million for a “portfolio of over 50 customer contracts representing over 100 casino locations”. Taken to mean casino loyalty lists and marketing data, they would “provide a stream of high-margin recurring revenue related to software maintenance and support”.

The company hopes to use the data to supply data to its customers and create a “new player loyalty- and marketing-focused business line”. Mr Rumbolz said the new business was an expansion into “a new and growing segment of marketing information services”.

The Nevada-based company announced in September it had intensified its investment in new businesses and technologies. The company told investment analysts that Everi’s casino network and degree of innovation meant it was in a leading position to disrupt the industries in which it competes.

At that time, Everi’s top brass said those factors meant the company was heading for two years of steady earnings growth.

Telsey Advisory Group LLC said in a Wednesday note that for fiscal 2019 Everi anticipated EBITDA of between US$252 million and US$255 million, compared to market consensus of US$247.9 million.

“Note that this guidance range is inclusive of Everi’s tuck-in acquisition of a market-leading player loyalty platform that was announced today, which should contribute several million in EBITDA,” wrote analysts Brian McGill and Alec Cummings.

Casino operator Melco Resorts and Entertainment Ltd announced on Thursday that it would launch at the end of June a new, themed zone for “family-friendly” entertainment at its majority-owned... END_OF_DOCUMENT_TOKEN_TO_BE_REPLACED