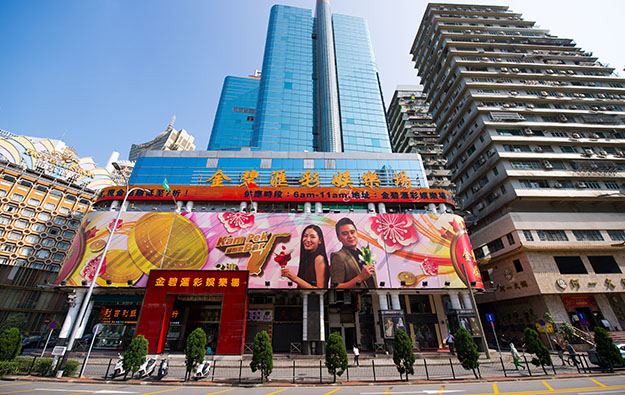 The interim loss at Macau-based gaming equipment supplier and casino services firm Paradise Entertainment Ltd went up more than fourfold year-on-year, to HKD87.9 million (US$11.2 million), compared to a loss of just under HKD20.8 million in first-half 2021.

The firm, which supplies casino equipment under the LT Game brand, also has a service agreement for a satellite gaming venue at Casino Kam Pek Paradise (pictured in a file photo) in downtown Macau, with SJM Holdings Ltd as its licence partner.

Paradise Entertainment said its first-half results had been prepared on a “going concern” basis. As at June 30, the group had cash and cash equivalents of just under HKD36.7 million, and net current assets of just over HKD73.0 million.

In the reporting period, it had secured a deed for an unsecured 10-percent interest loan with Jay Chun, a shareholder and executive director, for HKD60 million, “to strengthen the liquidity of the group”. Mr Chun is also chairman and managing director of Hong Kong-listed Paradise Entertainment.

After the reporting period, Mr Chun had agreed to double the loan facility to HKD120.0 million, which will be “repayable on 31 December 2023”.

Paradise Entertainment slipped to a HKD23.3-million loss during the first half, in terms of adjusted earnings before interest, taxation, depreciation and amortisation (EBITDA) from operations at Casino Kam Pek Paradise, compared to positive adjusted EBITDA from that venue, amounting to HKD39.1 million in first-half 2021.

It said the deterioration was “mainly due to the decrease in GGR” [gross gaming revenue] for the latest reporting period.

Group-wide EBITDA was negative to the tune of HKD64.4 million in the six months to June 30, compared to a positive figure of HKD5.1 million a year ago.

The company gave some commentary on what might happen regarding its service agreement for Casino Kam Pek Paradise after SJM Holdings’ current casino concession – run via SJM Resorts Ltd – expires on December 31.

Paradise Entertainment stated: “The directors are satisfied with the assumption that the concession contract between the Macau government and SJM Resorts and the existing service agreement between SJM Resorts and the group will be continued and [be] appropriate for the cash flow forecast.”

Paradise Entertainment’s adjusted EBITDA loss from the electronic gaming equipment and systems segment for the six months ended June 30 was HKD30.4 million, versus negative adjusted EBITDA of HKD14.3 million in the prior-year period.

The change was “mainly attributable to the decrease in revenue from the provision of upgrading services to Live Multi-Game terminals in Macau,” the firm said.

That service had a profit margin “comparatively higher” than sale or leasing of electronic gaming equipment and systems “in Macau and overseas markets,” added the company.

It said that despite the “tough business environment” it had in the reporting period invested HKD22.0 million in “research and development and other costs on electronic gaming equipment and systems… in order to enhance its product specifications and competitive advantages, attract potential customers, and increase market penetration,” and market share, “in the long run”.

But it flagged – referring to a recent communuty outbreak of Covid-19 that began in mid-June - a cautious outlook for its second-half business prospects.

The firm said: “The latest lockdown in July 2022 in Macau has taken a heavy toll on the group’s businesses for the provision of casino management services in Casino Kam Pek Paradise and as an electronic gaming equipment and system supplier.”

FBM, a maker of casino slot machines and an international specialist in electronic bingo machines, is to launch its “Jin Qián Link” slot product at Global Gaming Expo (G2E) 2022 at the Venetian... END_OF_DOCUMENT_TOKEN_TO_BE_REPLACED