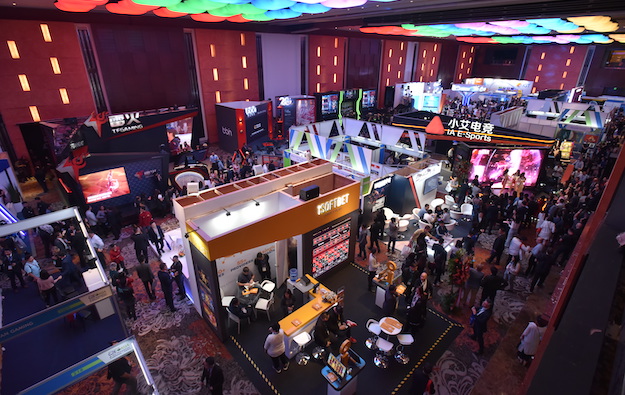 The inaugural edition of G2E Asia @ the Philippines (pictured) – which also featured a conference segment – ended on Wednesday. The two-day event took place at the Resorts World Manila casino resort in the Philippine capital. It was supported by the local casino regulator, the Philippine Amusement and Gaming Corp.

“We are actively considering on the next edition next year,” Josephine Lee, chief operating officer of Reed Exhibitions Greater China, told GGRAsia in an email reply.

She added: “We received … positive feedback from partners, visitors and exhibitors, encouraging our consideration for the next edition.”

Ms Lee stated that G2E Asia @ the Philippines had attracted exhibitors and visitors from all over the world, especially from Southeast Asian countries.

The G2E-branded casino trade show and conference – there are already Las Vegas and Macau editions under the G2E name – attracted an aggregate of 50 exhibitors and covered a total exhibition area of 8,000 square metres (86,111 sq feet), according to Ms Lee.

No final figures for overall event attendance – including number of qualified buyers taking part in the trade show – were available by the time this story went online.

There is currently a pause on the issuing of any new casino licences in the country, although recently a new project was allowed in the special economic zone of Clark on Luzon island, as confirmed by Pagcor head Andrea Domingo in her keynote speech on the first day of G2E Asia @ the Philippines.