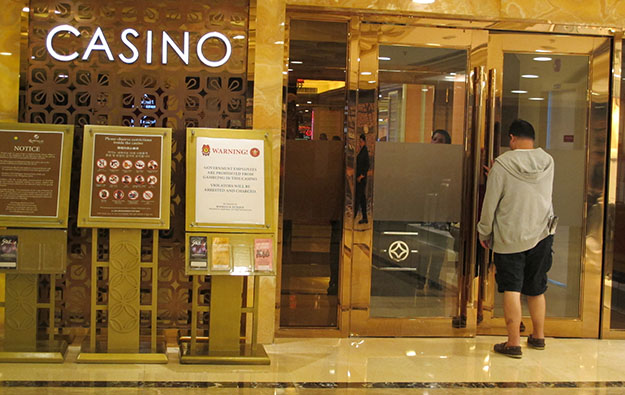 Business recovery for Philippine casino complex Resorts World Manila is likely to be “challenging” with gaming comeback slow and 2019 net income levels being reached only in 2022, suggests a Monday note from Nomura Group.

Metro Manila casinos, including Resorts World Manila (pictured in a file photo), have been closed since mid-March, as a Covid-19 countermeasure, and a general quarantine will stay in place in the capital until at least July 15, according to a June 30 announcement by the national authorities.

On July 1, Alliance Global said in its first-quarter results that Travellers International – which itself is no longer listed on the Manila bourse – had reported Resorts World Manila swung to a PHP1-billion (US$20.2-million) loss in the three months to March 30. In first quarter 2019 the property had recorded a net profit of PHP243 million.

Alliance Global – which is also involved in real estate development and drinks manufacturing – said that of all its business segments, gaming was the one “hit the hardest by the pandemic-related measures imposed by the government”. It had led to the temporary closure from mid-March of “most businesses” operating at Resorts World Manila, including “the gaming, theatre, and meetings areas”.

The conglomerate had on July 1 reported first-quarter net profit of PHP2.96 billion, down about 32 percent year-on-year.

In a Tuesday filing to the Philippine Stock Exchange, Alliance Global had said the country’s government turned down most suggestions about a more economical way for a consortium – of which Alliance Global is part – to upgrade Ninoy Aquino International Airport (NAIA). The latter is the main air passenger hub serving Manila, and is next door to Resorts World Manila.

Nomura’s Mr Huang reiterated in his Tuesday memo that Travellers International’s capital expenditure “burden” in relation to a new gaming resort scheme in the Philippine capital Manila’s Entertainment City, would “mostly be shouldered” by others, due to a “co-development agreement”.

Philippine-listed Suntrust Home Developers Inc – in which Hong Kong-listed Suncity Group Holdings Ltd has a stake – is one external party to the scheme.

Suncity Group Holdings said in an October 31 filing that Suntrust would have to pay US$200 million “for use of the project site and reimbursement of costs” previously incurred for the scheme. It had earlier been flagged as a Travellers International venture.