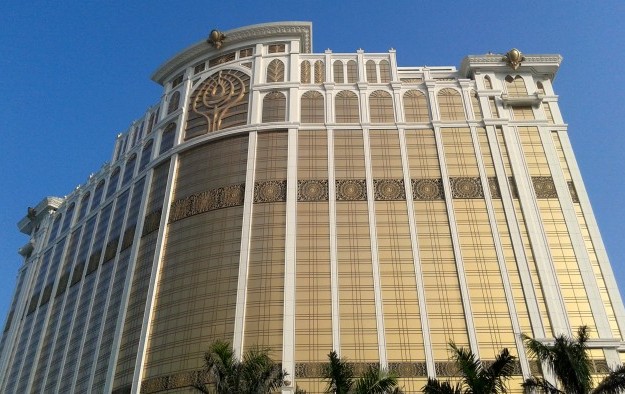 Brokerage Union Gaming Securities Asia Ltd said in a note on Tuesday it was “enthusiastic” about the idea that Macau casino operator Galaxy Entertainment Group Ltd might invest in what the gaming firm’s chairman described as a small but “unique” theme park in the next two phases of its Galaxy Macau resort on Cotai.

“We remain big believers in themed attractions – even though that ship has sailed in Las Vegas, it still works here in Macau and China,” wrote Union Gaming analyst Grant Govertsen.

Lui Che Woo, chairman of Galaxy Entertainment, had been quoted earlier on Tuesday in an interview carried by Bloomberg as saying that the next two phases of what was described as the approximately HKD86-billion (US$11-billion) Galaxy Macau project would include “something special and high-tech” similar to the movie “Avatar”. That was a reference to the 2009 Hollywood science fiction film directed by James Cameron and distributed by 20th Century Fox.

“Our park will be smaller but unique,” when compared to other theme parks, said Mr Lui.

Galaxy Macau already includes what the firm calls the “world’s largest” wave pool and the “world’s longest” adventure river ride. Both are located on the property’s grand deck, which also includes other aquatic attractions.

Theme parks – as well as themed properties – have been tried in Las Vegas but theme parks have been unsuccessful, according to gaming industry analysts.

The Universal Studios theme park at the Resorts World Sentosa, a casino resort in Singapore developed by Genting Singapore Plc, has reportedly been successful, with strong attendance figures since it officially opened in May 2011, after a soft opening one year earlier. Sentosa Island, where the theme park and casino resort are located, was already known as a beach resort for families before Genting Singapore built there.

So far the mix of casinos and theme parks has not been tried in Macau. Galaxy Entertainment’s market rival Melco Crown Entertainment Ltd has come closest to that style of family-focused non-gaming entertainment – via magic shows and themed rides – at its US$3.2-billion Studio City gaming resort, which opened on October 27.

Angela Leong On Kei, a director of Macau casino operator SJM Holdings Ltd and fourth consort of its founder Stanley Ho Hung Sun, has previously proposed building with partners a theme park on land next to SJM Holdings’ Grand Lisboa Palace resort. The latter is currently under construction on Cotai. In June last year, Ms Leong said the theme park idea was still awaiting the approval of the Macau government.

Further theme parks with educational and Hollywood movie franchise themes have also been mooted for Hengqin. ESun Holdings, a Hong Kong-listed holding company that once had an interest in Macau’s Studio City casino project, has said it might develop such attractions with partners.

“Nowadays you already see that all these theme parks all have different special ideas,” Mr Lui told Bloomberg. “So we’re thinking of how to compete against them,” he added.

Phase 1 of Galaxy Macau launched in May 2011. Phase 2 of Galaxy Macau (pictured), with a price tag of HKD19.6 billion, opened on May 27, 2015. Construction of Phase 3 and Phase 4 of Galaxy Macau, structures that are likely to cost a total of as much as HKD50 billion to build, was originally planned to start by end-2013, according to the company’s 2012 annual report. The expansions were delayed as Galaxy Entertainment re-evaluated the plans amid Macau’s casino downturn, the firm’s vice chairman Francis Lui Yiu Tung, a son of the chairman, said in a briefing last month.

Union Gaming’s Mr Govertsen noted, regarding Galaxy Entertainment’s theme park idea: “There seems to be an insatiable demand for theme parks (and themed entertainment) in China, which should ultimately result in significantly increased mass market foot traffic for Galaxy.”

As an example of the Chinese enthusiasm for themed entertainment, Walt Disney Co’s US$5.5-billion Shanghai park is due to open in June. There is also a Disneyland park in Hong Kong. It welcomed 7.5 million visitors in 2014.

“Without a doubt the development of a theme park [in Macau] checks more boxes as it relates to uniquely diversifying Macau relative to its peers, which will be viewed very positively from the government’s perspective,” said Mr Govertsen, referring to the wish shared by the Macau government and the mainland China central authorities, to see the city to diversify its tourism industry beyond a reliance on hardcore and often high-stakes, gambling.

“Based on the proprietary research we’ve done on theme park visitors in China our initial reaction is enthusiastic,” said Union Gaming’s Mr Govertsen.

His note cited some of the findings of a poll Union Gaming has conducted among visitors to the Chimelong theme park on Hengqin.

Of the mainland Chinese visitors to Chimelong surveyed who said they would visit Macau on that particular trip, only 16 percent of respondents were day trippers, while 81 percent were expecting to stay in Macau for one or two nights.

“This compares favourably to the typical very short length of stay in Macau. The takeaway here is that given a reason to stay longer customers will, indeed, stay longer,” said Union Gaming.

Macau casino operator MGM China Holdings Ltd had a “record” market share in January, and its venues were the “highest-earning businesses” in the portfolio of the majority owner MGM Resorts... END_OF_DOCUMENT_TOKEN_TO_BE_REPLACED