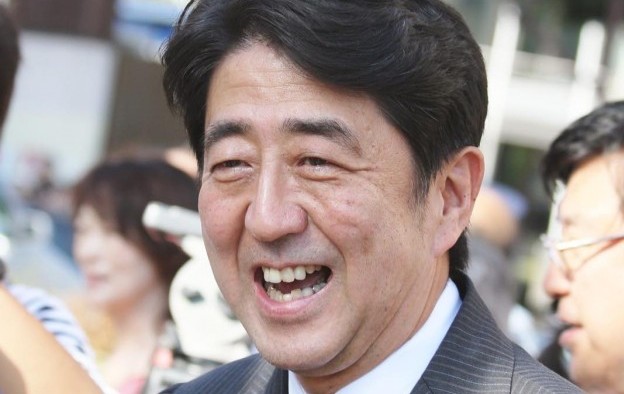 Japan is to have a snap general election in late October, reported on Monday afternoon several international media outlets.

At a press conference that day, Prime Minister Shinzo Abe (pictured) officially announced his intention to dissolve the lower house of the country’s parliament at the beginning of the extraordinary session due to start on Thursday. The election for the new lower house is likely to be held on October 22, according to media reports.

Grant Govertsen, an analyst at brokerage Union Gaming Securities Asia Ltd, last week told GGRAsia – soon after rumours of the snap poll surfaced – that such a move would “all but guarantee” the Integrated Resorts (IR) Implementation Bill for Japan’s nascent casino industry would not be passed this year.

According to media outlet Nikkei Asian Review, Mr Abe’s election campaign will focus on education and constitutional amendment, particularly in relation to the role of Japan’s Self-Defense Forces, which has reportedly remained vague under Japan’s post-war political settlement.

Brokerage Sanford C. Bernstein Ltd said in a Monday note prior to the confirmation of the snap election, that “members of the Abe administration and the ruling Liberal Democratic Party confirmed that there will be no progress on the IR Implementation Bill or the gambling addiction bill until next spring.” The latter was a reference to a set of legislative safeguards that in likelihood will need to pass through parliament before the IR Implementation Bill.

Sanford Bernstein analysts Vitaly Umansky, Zhen Gong and Cathy Huang wrote: “This means that both gaming bills slated for discussion (the Implementation Bill and the gambling addiction bill) will have to wait at least until the 2018 ordinary Diet [parliamentary] session, after the fiscal year budget is enacted. The delay may be helpful if it allows all sides to re-evaluate the most recently discussed proposals that would have a negative effect on market potential.”

In August, Japan’s Office of Integrated Resort Regime Promotion – known as the IR Promotion Secretariat – suggested setting an “upper limit” to the size of casino floors in Japan, but it did not suggest what that limit should be, according to local media reports. Some media outlets had previously mentioned the possibility of casino floors being restricted to 15,000 square metres (161,459 sq feet).

A note last week from investment research firm Morningstar Inc said that were there to be “stringent curbs” on locals gambling in casinos, it could “further decrease the revenue opportunity” for a Japanese casino industry.

The Nikkei Asian Review reported on Monday that Tokyo Governor Yuriko Koike – who helped to inflict major seat losses on Mr Abe’s Liberal Democratic Party during the July poll for the Tokyo Metropolitan Assembly and has shown little public support recently for a casino resort being based in Tokyo – had announced she was setting up a new party called “Kibounoto”, or “Party of Hope”.

Ms Koike will reportedly remain Tokyo governor while leading the party as it fields candidates nationally. “We need a reformist party in the truest sense,” Ms Koike was quoted by the news outlet as saying.

South Korea on Thursday said it would from June 1 resume issuing short-term tourism visas for trips to the country’s mainland, for individual visitors and groups of tourists. Permits for... END_OF_DOCUMENT_TOKEN_TO_BE_REPLACED