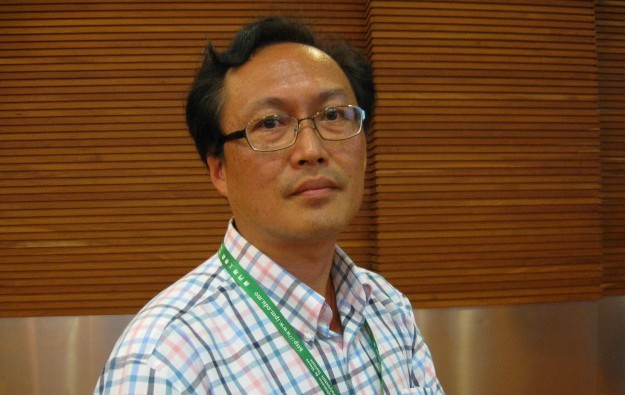 The number of junket rooms in Macau casinos fell 10 percent year-on-year in 2013 – to 220 from 243 in 2012 – according to data collected from private sources by Carlos Siu Lam (pictured), associate professor at the Gaming Teaching and Research Centre at Macao Polytechnic Institute.

During the same period, VIP baccarat revenue in Macau actually rose by 13 percent year-on-year according to publicly-available data from the city’s Gaming Inspection and Coordination Bureau (DICJ).

Nor is there necessarily a positive correlation between the number of VIP rooms in the market and the number of VIP tables. Takeovers within the junket sector – combined with casino operators setting higher targets for monthly junket roll in order to boost VIP yield per table in a market constrained by the government’s cap on table growth – has in some cases led to the creation of ‘super junkets’ occasionally using bigger junket rooms, say investment analysts.

There is however some indication from Mr Siu’s study of a positive correlation between the number of Macau VIP rooms and the macroeconomic conditions in the main feeder market for players, mainland China.

His data – going back to 2007 – indicate that between 2008 and 2009, when the effects of the global financial crisis hit the Chinese economy, the number of VIP rooms tumbled from 121 to just 69.

“These data are from a private source, and it’s not that easy to get the VIP room numbers,” Mr Siu said during a presentation at the International Conference on Gaming, Leisure and Entertainment 2014, held at Macao Polytechnic Institute on Wednesday and Thursday.

Publicly available data he also collated show the number of gaming promoters licensed by the gaming bureau has also fluctuated along with macro conditions. In 2009 they fell to 226 from 235 in 2008, and in 2013 they slipped to 235 from 288 a year earlier.

The numbers now revealed are part of a year-long study Mr Siu made into the Macau junket business that he says included face-to-face interviews with junket operators and government officials.

The interviews offered insights that wouldn’t otherwise be picked up by official data, but nonetheless used the official numbers as a starting point for inquiries.

Mr Siu said for example that the junket business in Macau is increasingly being run by people from mainland China. He indicated that is mainly because most of the players come from there and not from Hong Kong and Taiwan as they did in the early days of junkets starting in 1984.

“Mainland visitors have created abundant business opportunities for the junket businesses in Macau, and this has created some changes in that business sector,” he stated.

Modern Macau junkets need staff that can commute between the VIP player’s hometown and place of business in China and Macau, actually accompanying the player. That is vital in a credit-based business where you need to know from day-to-day if the player is good for the money.

Commuting allows junket representatives, says Mr Siu, “to keep a close eye on the business situation of their premium patrons. They also have to accompany their patrons in person to avoid the patrons being lured away by other competitors [junkets]. Also these junket reps need to collect gambling debts.”

Junket sources told Mr Siu that they like if possible to recruit junket representatives from the players’ home area. Such mainland workers are also hungry for success and are even prepared to distribute business cards for the junket business in local streets back in mainland China, said Mr Siu reporting his findings.

“One interviewee said that nowadays young local [Macau] people do not want to be junket operators or representatives because of their ‘miserable’ working conditions. Junket operators do not have fringe benefits, they don’t have medical benefits – they have nothing at all. And they strictly follow the principle of ‘no prey, no pay’. In other words they need to look for ‘prey’ [new players] in order to get paid,” added Mr Siu.

The difficulty of checking up on documentation back in mainland China also created barriers for junket operators and representatives from Macau, stated the academic.

“A lot of things can be fake in China. Even if a VIP customer gives you a mortgage document [as gambling collateral] with very good terms, sometimes local [Macau] people dare not accept that bill [document] because they are not very clear about the conditions in mainland China. This means junket operators from mainland China have an edge.”

He added: “Some junket operators from mainland China have started to buy VIP rooms in Macau. In some cases you can find that the nominal owner of the VIP room in Macau could be a Macau citizen, in order to have a local face for the government.”

In a separate presentation at the same conference, professor Sonny Lo Shiu Hing, from the Hong Kong Institute of Education, suggested the Macau authorities had “implementation gaps” in aspects of crime control and junket operations.

“The relatively close government-business relations in Macau means that the government is hamstrung by the influential casino capitalists and that it refrains from formulating and implementing casino-related policies that are drastically departing from the status quo,” stated Mr Lo.

“The government should exert more power to better monitor the junket industry. At present, supervision seems to be enough but maybe the government may like to increase its supervising capacity preparing for the future,” suggested the scholar.

“Laws and regulations are repeatedly ignored, with a large number of unlicensed junket operators,” that don’t show up in the official figures for DICJ-licensed gaming promoters, asserted Mr Lo.

Macau casino operator MGM China Holdings Ltd had a “record” market share in January, and its venues were the “highest-earning businesses” in the portfolio of the majority owner MGM Resorts... END_OF_DOCUMENT_TOKEN_TO_BE_REPLACED