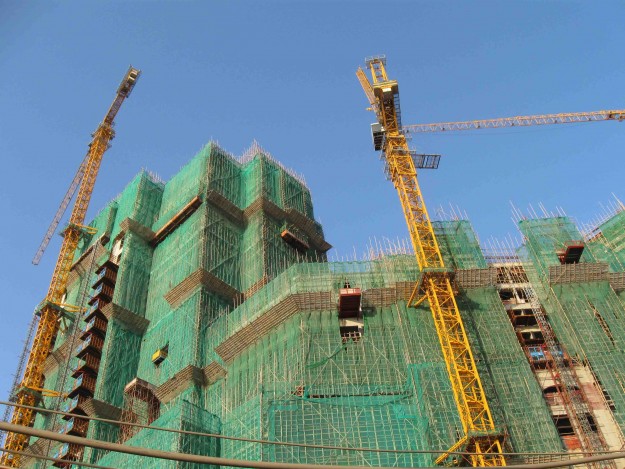 Media reports said one worker at the construction site died on Friday after being struck by a falling glass curtain wall. The person was hit while working on the fourth floor terrace of the under construction property. The worker was taken to hospital, but was later pronounced dead, according to the media accounts.

The city’s Labour Affairs Bureau issued a statement on Friday saying it had ordered the gaming operator and the contractor to suspend all lifting work at the site and to review and improve safety standards.

The government statement said it expected to receive a full report from the contractor, adding that lifting operations could only be resumed once the Labour Affairs Bureau had assessed the issue. It did not specify when that would happen.

GGRAsia approached SJM Holdings for comment but had not received a reply by the time the story went online.

SJM Holdings hopes to open its HKD30-billion (US$3.9-billion) property in Macau’s Cotai district in 2018, said Ambrose So Shu Fai, the firm’s chief executive, in comments in August. Construction of the scheme should be completed by the end of 2017.

The firm’s Cotai project will provide approximately 2,000 rooms in total. VIP play will be a prominent feature of casino operations at Grand Lisboa Palace, Angela Leong On Kei, an executive director of the firm, told GGRAsia in a recent interview.

Macau is to create distinct zones on its casino floors and designated gambling chips that will be solely for the use of players from overseas. The moves will be part of a new gaming tax system to... END_OF_DOCUMENT_TOKEN_TO_BE_REPLACED