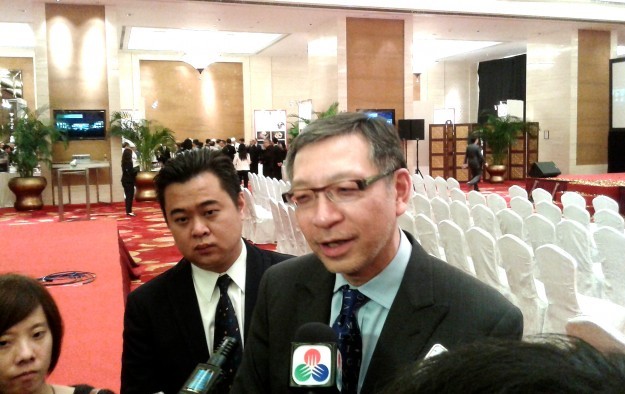 A top executive at one of Macau’s six casino operators on Monday indicated the local industry would need to change its business practices in order to maintain profitability in a world of lower gross gaming revenue (GGR).

Francis Lui Yiu Tung (pictured), vice chairman of Galaxy Entertainment Group Ltd, told GGRAsia: “You cannot expect that from now on all the profit growth you [Macau operators] have enjoyed for the last 10 years is going to continue… So personally…I think, [that] you have to adjust yourself to make sure that in the next 10 years’ time you will be equally profitable.”

Representatives from Macau’s casino regulator, the Gaming Inspection and Coordination Bureau, reportedly told some investment analysts recently that there was “no problem” with nine months of consecutive year-on-year decline in Macau GGR as experienced up to February 28.

Developing higher margin product segments as well as cutting costs – in the face of a slowdown in VIP and premium mass gambling and the need to spend more on player reinvestment to lure and keep the ones that are still coming to the city – are current focuses for the Macau industry, say other investment analysts.

Mr Lui was speaking on the sidelines of an event announcing new restaurant and retail partners for Galaxy Entertainment’s HKD5-billion (US$645-million) Broadway at Galaxy Macau. The refurbished, mid-market entertainment and gaming centre at Cotai – across the road from the firm’s flagship Cotai property Galaxy Macau and formerly known as the casino hotel Grand Waldo – is due to open on May 27. That is the same date as the launch for the HKD19.6-billion Galaxy Macau Phase 2.

While no public announcement has yet been made by Galaxy Entertainment about how many gaming tables Galaxy Macau Phase 2 will get from the government, Mr Lui shed a little more light on Broadway.

“We used to have 38 tables at Grand Waldo, so the initial plan is that we could bring 30 tables back in,” stated the executive.

The mass market strategy for Broadway contrasts with the more aspirational initial phase of Cotai development among the operators, where five-star and above hotels and restaurants was the norm.

“Most of the new [Macau] projects are focused in building up five-star, six-star, seven-star hotels,” Mr Lui told us.

“While we understand that visitors will want those products, they will want authentic [local] food as well. This is where we felt we had a blue ocean strategy. We felt there is a big potential [market] there, and nobody’s doing it [on Cotai],” the Galaxy Entertainment vice chairman explained, referring to Broadway.

Talking about the wider prospects for Macau, Mr Lui stated: “Everybody has had to take note that the [Macau] gaming revenue has consecutively come down for nine months, and really everybody was anxious to say ‘Where’s the bottom?’”

Answering his own question, the executive stated: “We don’t have a crystal ball. We don’t know. But I guess towards the second half of this year, with new products being opened – and from a smaller base.”

Francis Lui added: “The first half of last year was the peak. And since then, it has come down quite a bit – almost 20 percent.”

Buoyed by a strong first half to 2014, Macau GGR fell a modest 2.6 percent last year, despite double-digit decline in the second half. But Macau’s Chief Executive Fernando Chui Sai On on March 23, in his annual policy address, implied 2015’s fall could be as much as 31 percent year-on-year.

“You have to look at these things a little bit long term,” Mr Lui told GGRAsia. “In the last 10 years we have seen exponential growth. Is that going to happen every year?.. I think that is unrealistic, and we have been saying that a long time already.”

Asked about reports that Macau government proposals to amend the Individual Visit Scheme (IVS) system of inbound visas for mainland travellers to Macau are shortly to be submitted to Beijing, Mr Lui said: “I have no information that ideas on the IVS policy have been sent to Beijing. I have been reading in the newspaper that there are talks we should review the IVS policy, making sure it is not going to interrupt the lifestyle of the citizens of Macau. I do agree you can’t forever keep pumping people in here [Macau]. I think you have to encourage quality customers to come into Macau and make sure there is a balance [of locals’ interests and visitor interests].”

Analysts at Japanese brokerage Nomura had last week said any significant change to the IVS policy was likely to be yet another headwind for Macau.