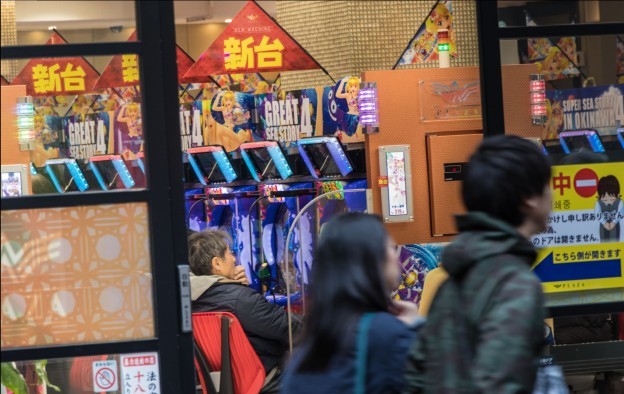 Details of the so-called “basic plan” to tackle the public policy issue of gambling addiction in Japan were revealed by Japan’s cabinet on Friday.

A spur for such an anti-addiction scheme is the national government’s project to introduce up to three casino resorts to the country as a form of economic stimulus via inbound tourism, although such establishments are not likely to open before 2025 according to some commentators.

But such anti-addiction moves will also have effects – and soon – on existing wagering businesses in Japan, including pachinko and horse racing, according to the Kyodo news agency.

Under the “basic plan of gambling addiction countermeasures” covering three years from fiscal year 2019, operators of pachinko parlours, as well as government-operated gambling venues, including horse racing and keirin cycle racing tracks, have been asked to remove cash withdrawal machines from their facilities, reported the agency.

Kyodo said such existing wagering businesses had also been asked to research how underage individuals or adult problem gamblers could be barred from entering their facilities, through the use of an identity-check system. The Japan Times reported the latter move to bar an individual from entering a wagering parlour would be triggered by a request from a family member, and such a regime would need to be in place by spring next year.

“We will create a healthy society by implementing thoroughly measures based on the basic plan in order to prevent people from finding themselves in difficult situations,” said Yoshihide Suga, Chief Cabinet Secretary, as cited by Kyodo. He was said to have been speaking during a government meeting.

But according to the Japan Times the entry measures applicable to the existing wagering businesses are guidance from the government and do not have penalties for non-compliance.

The national government has clear leverage over the nascent casino industry with regard to gambling addiction countermeasures. The central government will pick and choose which casino projects sponsored by local governments are allowed to be realised as part of the first phase of casino liberalisation.

A survey of local authorities in January this year from Kyodo indicated that – as of that date – only three  local governments were clearly committed to applying for the right to host a casino.

In October it had been reported that the basic anti-addiction plan at national level would be in place by this month, with further work to be done at local level.

Under the anti-addiction regime applicable to the new casino industry, local governments will be expected to introduce their own anti-addiction measures to reflect the specific issues or challenges of their locality, it was reiterated on Friday.

According to Friday’s news reports, the basic plan of gambling addiction countermeasures will have a number of effects on existing wagering businesses.

The plan requires a warning about gambling addiction be placed in advertisements, including those in newspapers, magazines, and in television commercials. It also puts a restriction on the value of online bets that can be placed on horse races and other events.

Additionally the plan calls for what Kyodo termed “consultation and treatment hubs” to be set up in each of the country’s 47 prefectures and in 20 major cities. There would also be “enhanced support” for private organisations that host “recovery programmes” for gambling addiction, reported the news agency.

Macau is to create distinct zones on its casino floors and designated gambling chips that will be solely for the use of players from overseas. The moves will be part of a new gaming tax system to... END_OF_DOCUMENT_TOKEN_TO_BE_REPLACED