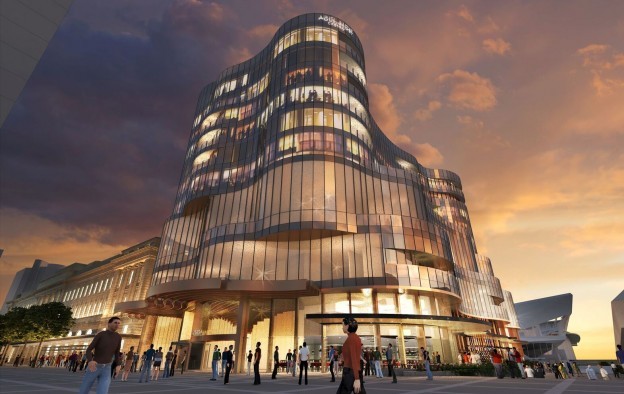 Adelaide Casino in South Australia’s state capital has been given permission for an AUD$300-million (US$210.3-million) redevelopment (pictured in a rendering), reports the country’s public broadcaster the ABC.

The gaming licence for the property – a venue currently located across three floors of the city’s heritage-listed Railway Station – is held by New Zealand’s Skycity Entertainment Group Ltd.

“Our Adelaide Casino development will help South Australia attract a greater share of high-value international visitors, particularly from China and Southeast Asia,” Skycity Entertainment said in a statement quoted by the media outlet.

The revamp is said to include the construction of an 11-storey building, with new gaming areas, restaurants and cafes.

The Australian state’s Development Assessment Commission gave the nod for the project, on condition it does not limit views of the 90-year-old heritage-listed central rail terminus, said the ABC.

Brokerage CLSA Ltd noted in a recent report on outbound tourism from China that Australia was an increasingly popular destination.

“Between 2000 and 2015, arrivals from China have seen a compound annual growth rate of 15 percent and have roughly doubled over the past four years,” said report authors Aaron Fischer and Marcus Liu, adding that the final tally of Chinese visitors to Australia for 2015 was expected to pass the one million mark for the first time.

International casino operator Las Vegas Sands Corp has been ranked as the most sustainable firm in the global casino sector, according to the 2023 edition of the S&P Global Sustainability... END_OF_DOCUMENT_TOKEN_TO_BE_REPLACED