AGA anti-launder guide not binding but a milestone 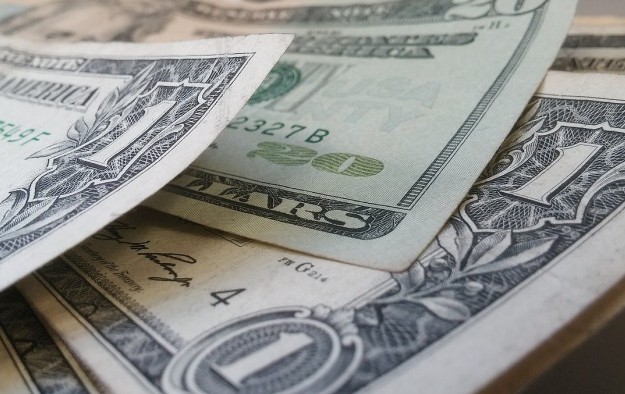 The American Gaming Association (AGA) – which includes Asia-facing casino firms and technology suppliers in its membership roster – in early December launched a set of best practices on how to curb the risk of money laundering in the industry.

The AGA’s anti-money laundering (AML) guidelines are not legally binding in themselves. Their creation does however highlight the industry’s determination to allow no hiding place for criminal activity, say supporters of the initiative.

“While casinos have been focused on AML compliance for many years, the AGA recognised an opportunity to bring the industry together by producing the first-ever, comprehensive best practices that reflect our industry’s strong culture of compliance,” AGA president Geoff Freeman told us.

The guidelines are the result of more than a year of work, said Mr Freeman, adding that it “will guide our efforts to prevent money laundering and protect the integrity of the U.S. financial system”.

The guidelines “demonstrate that the AGA and its members take these issues seriously,” Spectrum Gaming Group LLC told GGRAsia. Spectrum is a research and consulting firm providing services to the casino gaming industry including advice on regulatory matters.

Some in the industry have wondered whether such guidelines were actually needed, given that all U.S.-based casino industry firms – including AGA members and non-members – already have to comply with tough U.S. federal laws and regulations on AML.

But Spectrum’s managing director Fredric Gushin told GGRAsia: “We think that the AGA has picked up on speeches and clear signals that the U.S. government’s representatives have given … that compliance efforts, especially for casino companies operating in multiple jurisdictions, need to be upgraded and compliance has to be modified to reflect current challenges.”

According to Spectrum’s Mr Gushin, the U.S. Treasury Department has over the past 12 to 18 months expressed concern about U.S. casino companies operating in multiple jurisdictions.

The AGA’s membership includes Wynn Resorts Ltd and MGM Resorts International. Those companies currently each have one casino in Macau. Las Vegas Sands Corp, another AGA member, currently runs four casino properties in Macau and has one in Singapore.

One focus for U.S. federal authorities has been “the movement of funds between those [globally-facing] casinos and their so-called VIP players as it relates to AML compliance matters,” said Mr Gushin.

He added: “Casinos operating in Macau and in other substantially unregulated gaming jurisdictions seem to be particularly vulnerable to potential AML compliance issues.”

The AGA’s new guidelines say casinos should take extra steps to determine from where VIP customers’ money originated – particularly if the person or funds possibly have links with what are known in compliance circles as “jurisdictions of concern”. These are generally jurisdictions considered to have the greatest risk or weakest regulations relating to AML compliance.

“The casinos in our view should be evaluated by the effectiveness of these compliance efforts and should not isolate or protect their high roller patrons from these requirements,” Spectrum’s managing director said.

“The quest for anonymity by certain casino players is inconsistent with the AML requirements,” he added.

In August 2013, Las Vegas Sands confirmed it would pay US$47.4 million to the U.S. federal government to end a federal probe regarding failure to report a high roller’s allegedly suspicious cash deposits in Nevada. As part of the settlement, the firm was told it would not face prosecution action over the matter.

The Bank Secrecy Act, the primary U.S. anti-money laundering law, requires casinos to operate a system of proactive reporting of what is termed suspicious activity for transactions aggregating at least US$5,000.

U.S. Treasury officials have publicly expressed concern that funds of suspicious origin may be flowing from Macau to Las Vegas to fund gambling by Chinese high rollers. That process could facilitate the laundering of large sums, were any U.S. casinos to lack proper controls to detect suspicious transactions, federal officials argue.

David Green, a former gaming regulator in Australia and an advisor to the Macau government, said that in that context, the AGA guidelines “are not much of a debate” for the industry.

“They are only a reference for casino operators and serve as recommendations for the industry,” Mr Green, principal of Newpage Consulting Ltd, told GGRAsia.

But the story would be different if the U.S. Treasury Department itself issued a set of AML guidelines specifically for the casino industry, said Mr Green. “That would be far more compelling and would have a bigger impact on their [U.S. casinos’] operations, even globally,” he stated.

Mr Green noted additionally that an international body – the Financial Action Task Force (FATF) – had in 2012 introduced new AML requirements that focus on assessing jurisdictional or situational risk rather than one-size-fits-all rules.

The AGA’s Mr Freeman agrees that a one-size-fits-all approach to AML compliance “does not exist”.

“Individual casinos have implemented a wide range of measures and guidelines that aim to detect, block and report efforts to present illicit funds at casinos,” he told us.

But he added: “A casino may have good reasons for departing from or modifying a procedure in the best practices, or for developing supplemental or alternative procedures.”

“U.S. operators already work at the highest level to ensure that they meet and exceed any compliance guidelines,” he said.

But his view on player anonymity is that it need not be incompatible with rigorous AML enforcement.

Mr Gallaway stated: “The industry will continue to do what is necessary to ensure that it complies with any and all regulatory and compliance issues; while respecting the desire of many customers to remain as anonymous as possible.”

Most of Macau’s casino operators are likely to generate positive free cash flow in the first quarter, given the robust recovery level of mass-market gross gaming revenue (GGR) in January, relative... END_OF_DOCUMENT_TOKEN_TO_BE_REPLACED