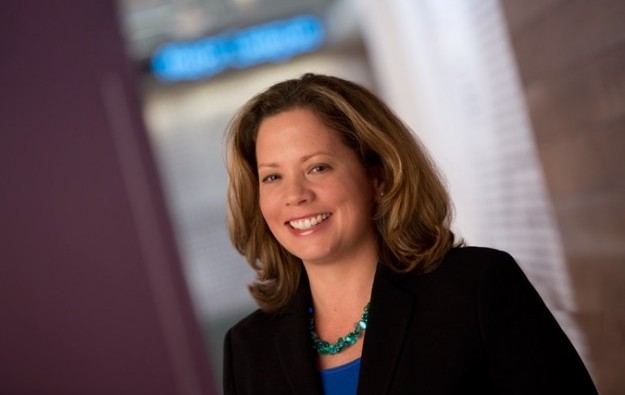 Stacy Papadopoulos (pictured), general counsel and senior vice president of industry services at the casino sector trade lobby group the American Gaming Association (AGA), has been appointed as interim chief executive until a replacement for Geoff Freeman is found, the body said in a Wednesday press release.

It was announced early in June that Mr Freeman would step down in July and leave the AGA toward the end of that month.

They are: Jim Murren, chairman and CEO of MGM Resorts International, which controls Macau operator MGM China Holdings Ltd and is pursuing a licence in Japan; Mark Frissora, president and CEO of Caesars Entertainment Corp, which is building a casino resort in South Korea and also has aspirations for a Japan presence; Trevor Croker, CEO and managing director of Aristocrat Leisure Ltd, a firm that some industry analysts have said still controls the largest single share of shipped slot machine units in the Macau market; and Ron Reese, senior vice president, global communications and corporate affairs at Las Vegas Sands Corp, the parent firm of Macau operator Sands China Ltd. Las Vegas Sands also controls the Marina Bay Sands casino resort in Singapore, and is interested in a Japan permit.

The other members of the AGA selection committee are: Greg Carlin, co-founder and CEO of U.S.-based casino operator Rush Street Gaming LLC; and Bill Lance, secretary of commerce of the Chickasaw Nation, representing the tribal gaming sector in North America.

Tim Wilmott, CEO of U.S. and Canada casino operator Penn National Gaming Inc and chairman of the AGA board, is leading the executive search committee.

Mr Freeman became president and CEO of the AGA in May 2013, after seven years at the U.S. Travel Association, where he had latterly served as executive vice president and chief operating officer.

He will take on his new role at the U.S.-based Grocery Manufacturers Association on August 1.

A global shortage of computing microchips is currently the biggest challenge for gaming machine manufacturers, says businessman Jay Chun (pictured in a file photo), president of the Macau Gaming... END_OF_DOCUMENT_TOKEN_TO_BE_REPLACED