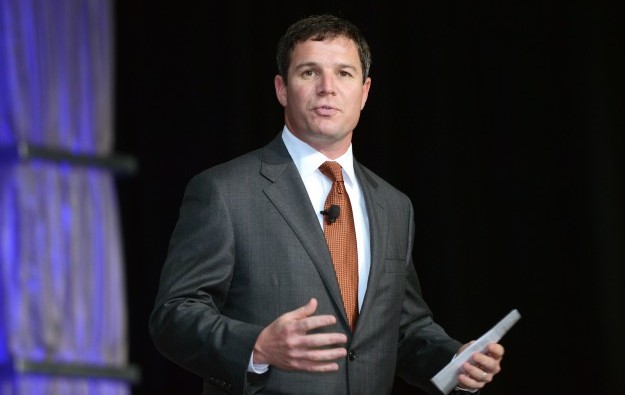 The American Gaming Association is offering to provide support to Japan in legalising casino gambling.

“We can be helpful by providing information and experiences” from the United States, Geoff Freeman (pictured), the association’s president and chief executive, told Japanese media last week.

Mr Freeman stated bringing casino resorts to Japan “can provide not only gaming experience but also high-end experience like nightlife and entertainment,” the Japan Times quoting him as saying.

He added that U.S. casino operators “would all be well suited to be partners in Japan” because of their experience in the sector.

Several U.S. gaming firms have show their interest in investing in Japan if casino gambling is legalised there. MGM Resorts International has plans to bring together “a consortium of leading Japanese companies” for an eventual US$10-billion casino resort in Japan. In Macau, the company has majority ownership of a venture with local businesswoman Pansy Ho Chiu King. Las Vegas Sands Corp, which operates casinos in the United States, Macau and Singapore, has also said it would be interested in entering the Japanese market.

There are also several major Asian-based casino operators that have hinted interest in investing in the country.

Investment analysts have suggested Japan could become the second largest casino market in Asia by gross gaming revenue – surpassed only by Macau – if casino legalisation could be pushed through the Japanese parliament, known as the Diet.

The chances are however fading that an enabling bill for casino resorts can be approved in the current parliamentary ordinary session, due to end on June 24. Industry observers have said that missing that deadline would effectively kill any chance of getting a casino resort open in time to coincide with the Tokyo 2020 Summer Olympics.

The sticking point is understood to be Komeito, a Buddhist-influenced political party with 35 seats in the lower House of Representatives that is a junior partner in Prime Minister Shinzo Abe’s government. Komeito has major reservations about casinos, citing familiar arguments by opponents of the industry, including fear of boosting gambling addiction and other social ills.

Mr Freeman last week said those concerns were “reasonable” but he added that on average only 1 percent of the population have gambling problems.

South Korea on Thursday said it would from June 1 resume issuing short-term tourism visas for trips to the country’s mainland, for individual visitors and groups of tourists. Permits for... END_OF_DOCUMENT_TOKEN_TO_BE_REPLACED