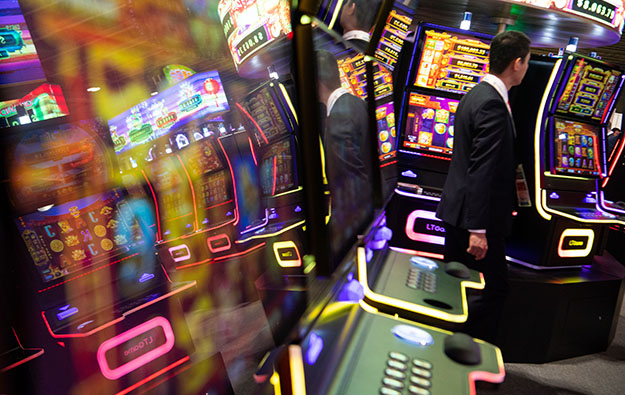 The monthly AGEM Index of prices of shares in 14 important international suppliers of gaming machines declined last month to 402.51 points, 41.73 points or 9.4 percent less than the month before. Compared to December 2017, the index contracted by 22.1 percent.

The Association of Gaming Equipment Manufacturers (AGEM), which compiles the index, issued a written statement containing a table showing that the prices of three of the stocks it tracks rose last month and share prices of the index’s remaining 11 constituents fell – with seven of those companies enduring a double-digit decline.

A fall in the share price of Aristocrat Leisure Ltd of Australia, a 6.7-percent decline in December, subtracted 16.23 points from the AGEM Index. The price of shares in Crane Co of the United States fell by 16.4 percent, subtracting a further 11.7 points from the index. 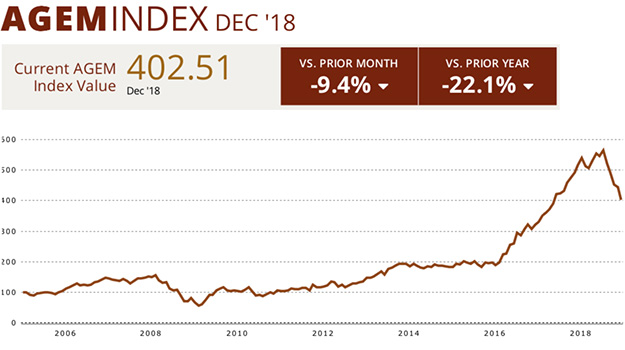 More broadly, the association said the contraction in the index reflected last month’s declines in the main gauges of stock prices in the United States, where most of the stocks tracked by the index are traded. The Dow Jones Industrial Average dropped by 8.7 percent, the S&P 500 index by 9.2 percent and the Nasdaq index by 9.5 percent in December.

Some 10 suppliers are included in the index are based in the U.S., two constituent stocks are listed on the Australian Securities Exchange, one is traded in Tokyo, and another trades on the Taipei Exchange, Taiwan’s over-the-counter market for stocks and bonds.

The decline in last month’s index continues a recent trend of contraction. The index endured month-on-month declines of 7.76 percent in August;  5.46 percent in September; and 8.29 percent in October.

The association began compiling data for the index in January 2005 using a base of 100 points.

The stocks that constitute the AGEM Index are weighted by approximate market capitalisation. AGEM represents the manufacturers of electronic gaming devices, systems, lotteries and components for the gaming industry.