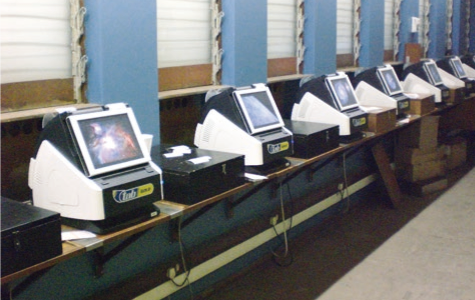 AGTech said in a filing to the Hong Kong Stock Exchange that, so far in 2014, GOT “has succeeded in winning several provincial/municipal sports lottery terminal tenders, resulting in a national market share of terminals supplied of approximately 48 percent”.

The sports lottery market in mainland China has an installed base of approximately 140,000 terminals, according to AGTech.

“We are very happy with the sustained strength of the GOT business,” John Sun Ho, chairman and chief executive of AGTech, said in a statement. “We are excited by the momentum of the GOT division and expect to be able to announce more supply contract wins both domestically and internationally during the course of this year.”

Sports lottery sales in mainland China rose by 24.1 percent in the first half of 2014 in comparison with a year before, reaching RMB79.91 billion (US$12.9 billion), data released earlier this month by the Ministry of Finance show. Sales in June increased by 83 percent in year-on-year terms, to RMB19.24 billion, fuelled by the FIFA World Cup, the ministry said. The soccer tournament took place between June 12 and July 13.

Hong Kong-listed Wynn Macau Ltd says it will inject nearly MOP4.80 billion (US$596.4 million) into Wynn Resorts (Macau) SA. That is in order to comply with Macau’s revised gaming law and the... END_OF_DOCUMENT_TOKEN_TO_BE_REPLACED