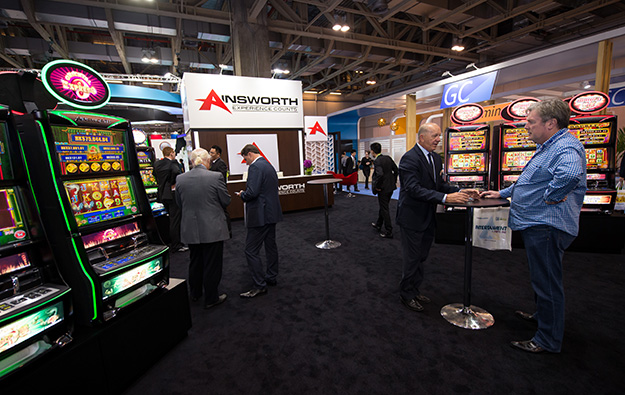 Australia-based slot machine supplier Ainsworth Game Technology Ltd expects its pre-tax profit for the six months to December 31 to have more than halved compared to the prior-year period.

The estimation excludes any impact from changes in foreign exchange rates for the company, which sells its casino equipment to markets outside Australia, as well as domestically.

In a filing to the Australian Securities Exchange on Wednesday, Ainsworth Game warned its profit – from operations in the first half of its financial year 2017 – was likely to be AUD15 million (US$11.5 million). That compared to AUD35 million – also excluding currency fluctuations – in the first half of financial year 2016. The change would represent a decline of 57 percent year-on-year.

The group cited a 30 percent year-on-year fall in the volume of units shipped to Australian customers as an important factor in the anticipated slimming of its interim profits.

“The trends affecting the company’s sales in domestic markets in the second half of financial year 2016 [ending June 30] have continued into the new financial year,” stated Ainsworth Game.

This reflected the “competitive nature of the domestic market and reduced level of corporate and casino purchasing,” it added.

But it noted that its increased investment in product research and development was expected to also be a factor in the lower first half fiscal 2017 profit. That effort, and what it termed the “synergies” from its tie-up with Austrian gaming equipment maker Novomatic AG, were likely to contribute to a better pre-tax profit performance – excluding currency movements – for Ainsworth Game in the second half of financial year 2017, the firm noted.

The company added: “Ainsworth Game expects a more significant weighting towards the second half in this year’s full financial year 2017 results given the historical seasonality of sales in the North American market.”

The group said it had experienced a “positive customer response” to the launch of its A600 slot machine cabinet in September, and expected deliveries of another cabinet – the A640 – to make “positive contributions to the second half results”.

“The anticipated synergy benefits arising from the strategic relationship with Novomatic are expected to be realised in the second half financial year 2017,” said Ainsworth Game.

“Ainsworth Game expects to be in a position to provide a further update at the time of the half-year results in February 2017,” it added.

Ainsworth Game said in a filing in June that its shareholders had approved the sale of 52.2 percent of company founder Len Ainsworth’s shares, to Novomatic, a casino games maker with noted strength in European and South American markets.

At the time, Danny Gladstone, Ainsworth Game’s chief executive, described the deal as “an important and exciting point in Ainsworth Game Technology’s development”.

Macau’s casino gross gaming revenue (GGR) for the first five days of February is estimated at MOP1.9 billion (US$235.1 million) – or MOP380 million per day – a level that suggests a “45... END_OF_DOCUMENT_TOKEN_TO_BE_REPLACED