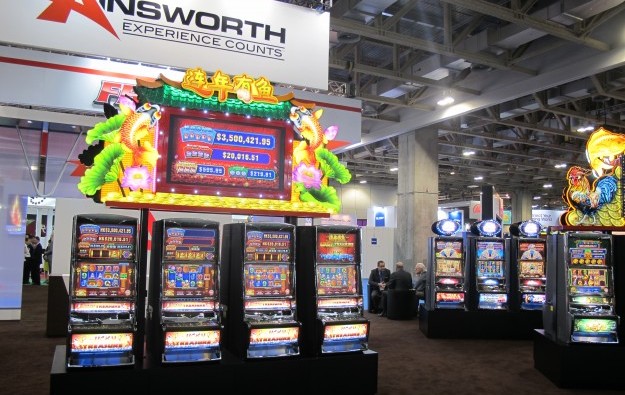 Australian gaming equipment manufacturer Ainsworth Game Technology Ltd posted profit after tax of AUD61.6 million (US$57.5 million) for the 2014 financial year, an increase of 18 percent on the AUD52.2 million in 2013.

Sales revenue grew by 23 percent year-on-year to AUD244.1 million for the year ended June 30, 2014. Earnings before interest, taxation, depreciation and amortisation (EBITDA) increased by 20.7 percent from a year earlier to AUD89.4 million, the company told the Australian Securities Exchange on Tuesday.

Revenue gains were supported by a 37-percent growth year-on-year in international sales, with the company reporting revenue of AUD100.8 million from that segment.

But while most international markets saw revenues go up, the contribution of the Asian region to Ainsworth’s results dropped by 33.2 percent from a year earlier. The company said revenue from the region totalled AUD4.2 million for the 2014 financial year, down from AUD6.2 million a year earlier.

“The Asian market continues to present challenges following the introduction of new gaming standards, including dual language requirements within Macau, which required additional development of operating base software and related games,” Ainsworth stated.

The company said it expects revenue increases within Asia to be “steadily realised in future periods as the newly revised gaming standards are introduced and the new venue openings provide growth opportunities”.

Shares in the company fell 1.5 percent on Wednesday. That followed a 10-percent decline on Tuesday, with investors likely disappointed with increased costs and slower-than-expected growth.

Operating costs grew by 17 percent year-on-year to AUD77.3 million. The increase was attributed to higher spending on research and development and the full year impact of the increased investment in the company’s operational facility in Las Vegas, Ainsworth said.

The imminent return of package tours from mainland China will not only help boost Macau’s tourism businesses, but is also expected to help casinos gain more foot traffic in their mass gaming... END_OF_DOCUMENT_TOKEN_TO_BE_REPLACED