Ainsworth CEO upbeat about leg-up given by Novomatic link 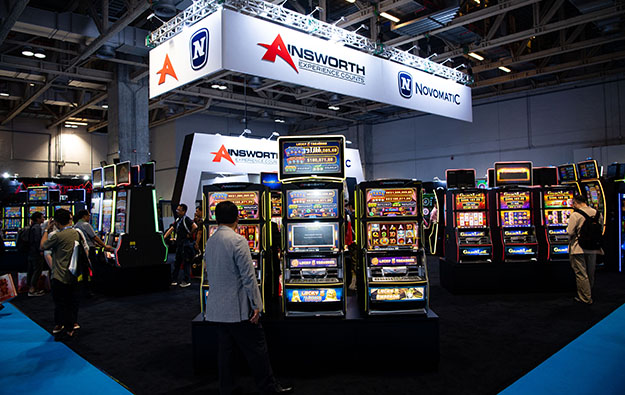 Outgoing Ainsworth Game Technology Ltd chief executive Danny Gladstone says the Australian maker of slot machines will exploit the advantages it gained from being taken over by Austria’s Novomatic AG to deliver value to shareholders. In the Ainsworth annual report for the financial year ended June 30, Mr Gladstone said the outlook for the firm in this financial year is “positive”.

“The opportunities with Novomatic will continue to be reviewed,” he said. “We have completed the development and integration of 20 Ainsworth slot titles for their Greentube Pro social casino platform, which will be used in North American land-based casinos.”

Novomatic completed the acquisition of 52 percent of Ainsworth in January.

Ainsworth called it a “strategic partnership” in the annual report and Mr Gladstone said the firm would continue to deliver shareholder returns on the strength of the relationship.

Ainsworth reported in August that its annual profit fell to AUD31.9 million (US$23.3 million) in its last financial year, 15.8 percent less than the year before. Annual revenue fell by 5.8 percent to about AUD265.6 million. Earnings before interest, tax, depreciation and amortisation fell by 3.3 percent to AUD68 million.

Mr Gladstone announced he would step down as chief executive next year but intends on staying with the organisation.