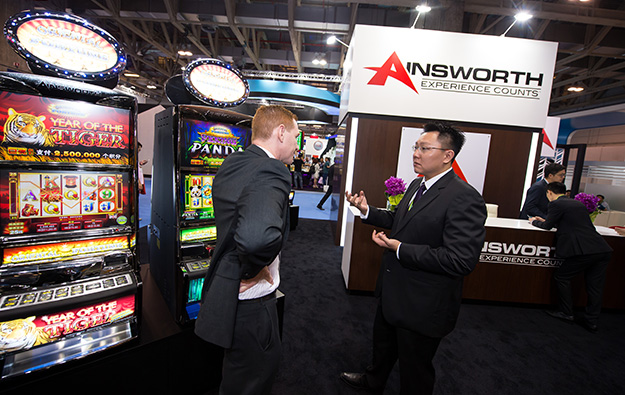 Pre-tax profit was down 38 percent, to just under AUD47.0 million. No dividend was recommended for the reporting period, ending June 30. In the prior year, the firm issued AUD0.10 in dividend per share, fully franked.

The firm said a weak first-half performance had been followed by significant improvement in the second half, where pre-tax profit exceeded guidance to the market, at AUD42.2 million, up 178 percent on the AUD15.2 million reported in the first six months of the financial year.

“Our impressive second half performance begins to reflect the competitiveness of our broader product offering, our investments in technology, sales and marketing, and the strength of our international footprint,” said Ainsworth’s chief executive Danny Gladstone, in a prepared statement.

In its ‘rest of the world’ sales segment, Ainsworth Game said “increased sales contribution from Asia and Europe” as a result of its tie-up with Austria’s Novomatic AG – likely to be formalised later this year – had resulted in unit volume rising by 74 percent year-on-year, to 1,807. Ainsworth Game said Novomatic contributed sales of AUD11.4-million and segment profit of AUD5.5-million in financial year 2017.

Segment revenue for ‘rest of the world’ was AUD28.1 million, an increase of 54 percent compared to the previous year. Segmental profit was 50 percent higher, stated Ainsworth Game.

Modest growth in international markets was “offset by a weaker domestic performance,” said the firm.

“Given the importance of being able to self-fund our growth targets, and the temporary build-up of working capital the board has prudently determined to suspend the financial-year 2017 final dividend,” Ainsworth Game stated.

“The board maintains its commitment and policy to distribute profits to shareholders and will review recommencement of dividend payments in financial-year 2018 subject to investment and growth objectives,” it added.

A casino cruise brand reportedly controlled by Malaysian entrepreneur Lim Kok Thay is to launch services from Singapore fewer than five months after the Lim family-founded Dream Cruises brand of the... END_OF_DOCUMENT_TOKEN_TO_BE_REPLACED