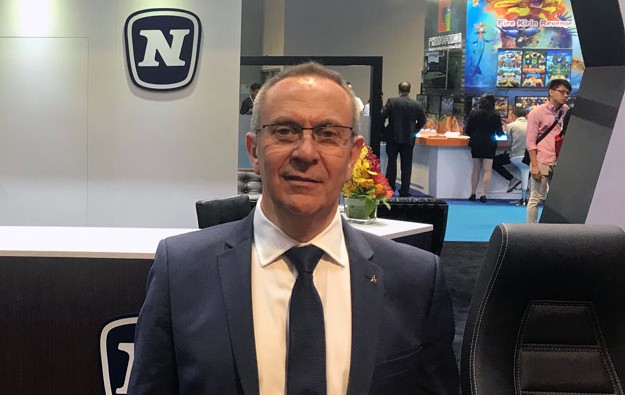 Novomatic took a 52-percent stake in the Australian slot maker earlier this year, nearly two years after the two sides first announced the deal in February 2016.

“We are sharing each other’s experiences [and] sharing each other’s concepts on game mathematics,” said Mr Levy of the tie-up. “We are moving forward over the next two years at integrating games, game themes [and] platforms that we use, so that we can consolidate further,” he told GGRAsia.

But the executive stressed that the two companies would keep their respective brands and continue to develop different concepts.

“The important thing is Ainsworth is strong where we’re still entering and we’re strong in Europe, a market where Ainsworth is not [strong],” said Mr Levy. “We have definitely learned form them [Ainsworth] about Australia, New Zealand, Asia and the United States],” he added.

Novomatic announced in January the appointment of Robert Dijkstra as vice president of business development and sales for Asia Pacific, in a bid to support the group’s expansion in the region.

His comments were made on the sidelines of Global Gaming Expo (G2E) Asia 2018, a three-day casino and conference trade show that took place in Macau until Thursday. The Austrian firm showcased a range of new products at the show, including cabinets, linked and standalone progressives.

Mr Levy highlighted the “Enchanted Fortunes Linked Jackpot”, a new product that Novomatic aims to promote in the Asian market. “We have an entire new range of products that we believe are the right products for this market,” he noted. “Novomatic hasn’t traditionally done link progressive but we understand standalone progressives and linked progressives are very important for [Asian players].”

Mr Levy said the company is trying to expand to several jurisdictions in Asia, including the Philippines, Vietnam, Cambodia, Laos and South Korea.

“In Vietnam we’re working now on what I think is the first integrated resort [in that country] where Vietnamese are allowed to come and play, which should be opening within the next six weeks,” he said. “We’ve taken about 30 percent of the [gaming] floor there… so that’s a big entrance for us.”

Mr Levy did not disclose the name of the casino resort. The Vietnamese government published a decree in January 2017 that paved the way for selected domestic casinos to accept bets from Vietnamese nationals for a trial three-year period.

The decree said selected casino resorts with a total capital investment of at least US$2 billion – including gaming and non-gaming facilities – would be eligible to welcome Vietnamese aged 21 years old and with a monthly income of at least VND10 million (US$443) to enter local and gamble.

It had been reported in the Vietnamese media that locals would be allowed to gamble at selected domestic casinos starting from December last year.

“In the Asian market, we have so far penetrated in a small way, as it hasn’t been our main focus,” Mr Levy said. “But now we see really big development opportunities.”

A Macau court was offered evidence on Monday, including of recordings from police-wiretapped telephone conversation, that the prosecution says proves the direct involvement of Levo Chan Weng Lin... END_OF_DOCUMENT_TOKEN_TO_BE_REPLACED