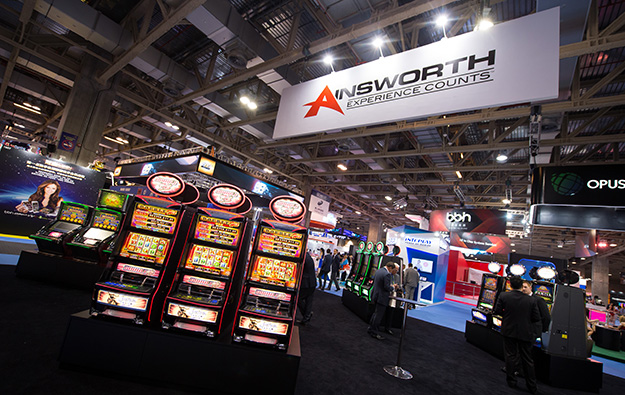 Pre-tax profit was down 9.8 percent, to about AUD42.3 million, the firm said on Wednesday in a filing to the Australian Securities Exchange.

Earnings before interest, taxation, depreciation and amortisation (EBITDA) were AUD68.0 million, a decline of 3.3 percent in year-on-year terms. Underlying EBITDA – adjusting for currency impacts and other significant items – fell by 19.6 percent on year to AUD67.6 million.

The company said sales were higher in the second half of the year at AUD145.3 million, compared to AUD120.3 million in the first half. The firm sold a total of 9,714 units during the reporting period, down 9 percent from the previous fiscal year.

In its ‘rest of the world’ sales segment, the slot machine maker recorded revenue of AUD17.6 million, down 37 percent year-on-year, and profit of AUD10.4 million, a decrease of 31 percent.

Ainsworth Game said segment revenue declined “due to lower Asia, New Zealand and Europe sales” for the period. The segment’s profit included a one-off impairment loss recognised for an Asian trade receivable in the amount of AUD0.9 million, said the company.

In Wednesday’s filing, Ainsworth Game said that when measured before accounting for the effects of currency movements, profit before tax was AUD39.2 million, “slightly ahead of the upgraded guidance provided” in July.

“We are pleased to deliver fiscal-year 2018 results slightly ahead of our upgraded guidance,” said Ainsworth Games’s chief executive Danny Gladstone, in a prepared statement.

“Our performance continues to show signs of improvement and is a direct result of the strategies implemented to expand our international footprint, invest in technology to enhance our product suite, and build our participation fleet to improve the quality of our earnings,” he added.

Mr Gladstone said that while Ainsworth Game recognised “the intense competition” it faced across the markets where it operates, the company was “confident [it] can outperform” in the sector.

“We will continue to judiciously invest our cash flow in product improvements and innovation, and sales and marketing while retiring debt and rewarding shareholders,” said Ainsworth Game’s CEO. “In fiscal year 2019 we expect to release a new suite of products which should assist in translating to improved financial results.”

Macau recorded 965 “gaming-related” crimes in full-year 2022, down 29.7 percent on the 1,372 identified in the previous year, according to the latest statistics published on Tuesday by... END_OF_DOCUMENT_TOKEN_TO_BE_REPLACED