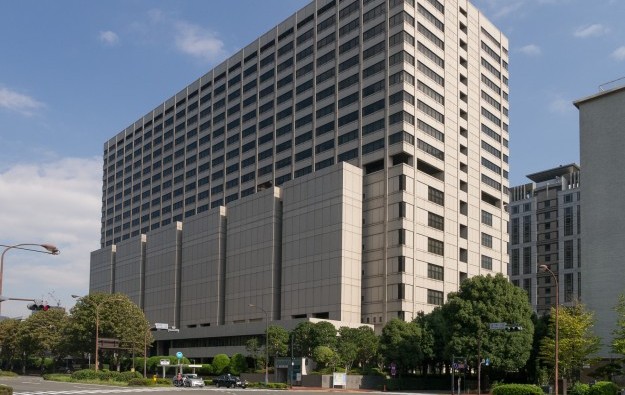 Japanese politician Tsukasa Akimoto, a supporter of the legalisation of casino resorts in that country, was released from custody on Wednesday after providing JPY30 million (US$272,963) in bail, reported local media. Mr Akimoto has been indicted on bribe-taking charges for allegedly receiving money from a Chinese company seeking to invest in Japan’s nascent casino industry.

The lawmaker’s release followed a decision by the Tokyo District Court (pictured) to deny an appeal by prosecutors that sought to block his bail. Mr Akimoto’s lawyers had requested bail on February 3, according to Japanese media outlets.

Mr Akimoto has been charged – in two separate indictments – for allegedly receiving an aggregate of JPY7.6 million from China-based gaming firm 500.com Ltd, in 2017 and 2018. The 48-year-old politician has denied any wrongdoing.

Mr Akimoto – who resigned from the governing Liberal Democratic Party (LDP) after his initial arrest on December 25 – remains a member of Japan’s parliament lower house.

He was responsible for overseeing Japan’s push for hosting integrated resorts – or “IRs” as large-scale casino complexes are known in Japan – when he served as a senior vice minister at the Cabinet Office for about a year through October 2018.

Mr Akimoto had indicated that – once freed on bail – he would attend meetings of the lower house, said his lawyers. Kyodo news agency quoted the lower house’s Secretariat as saying that Mr Akimoto would be permitted to do so while on bail.

Jiji Press had reported on Monday that under his bail terms, Mr Akimoto is barred from contacting Takaki Shirasuka, a lawmaker of the ruling LDP, and former lawmaker Shigeaki Katsunuma. The two are said to have joined Mr Akimoto in the inspection tour of a Macau casino hosted in 2017 by 500.com.

Mr Akimoto is also prohibited from having contact with five other Japanese lawmakers said – by former representatives of 500.com – to have received from that company JPY1 million each in cash. The five members of Japan’s House of Representatives have been questioned – on a voluntary basis – by Japanese authorities for their alleged receipt of cash from people linked to the Chinese firm.

The alleged bribery case involving Mr Akimoto has stirred concerns in Japan, with the country’s opposition lawmakers raising questions on how private-sector suitors for casino licensing in Japan might have sought to influence key public officials. But Japanese Prime Minister Shinzo Abe told the parliament last month that his administration would still be pursuing IR schemes, as an economic stimulant aimed at boosting the country’s tourism business.