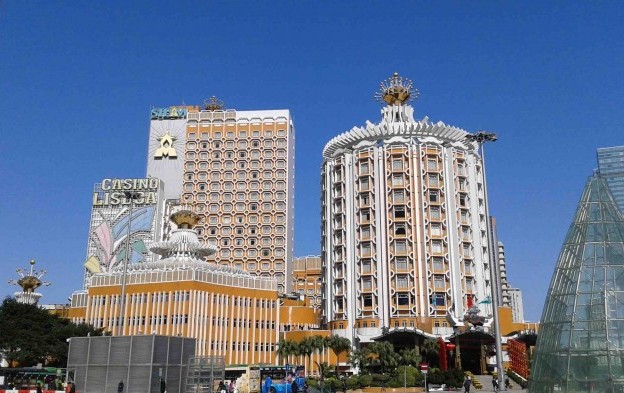 Alan Ho Yau Lun, a nephew of gaming tycoon Stanley Ho Hung Sun, and at the time of his arrest a senior executive at Macau’s Hotel Lisboa (pictured), was sentenced on Thursday by the city’s Court of First Instance to 13 months in prison for the offence of “exploitation of prostitution” at the venue.

But Alan Ho was released immediately as the court said the time he spent in custody awaiting trial had already exceeded the prison term imposed.

The panel of judges stated, in handing down the sentence, that Alan Ho as executive director of the hotel, was acknowledged as the “top decision-maker” at the venue up to the time of his arrest and had allowed prostitution at the venue – a property owned by Sociedade de Turismo e Diversões de Macau SA (STDM), a firm founded by Stanley Ho.

Alan Ho was however acquitted by the court of the crime of forming or participating in a “secret association or society” – normally understood in Macau to be a reference to involvement in Chinese criminal gangs commonly known as triads – for the purposes of exploitation of prostitution. The panel of judges noted there was no evidence to that effect in Alan Ho’s case.

Alan Ho and some other senior executives of Hotel Lisboa were among those arrested in January 2015 on suspicion of allowing prostitution at the property. The police estimated in a statement following the arrests that more than MOP400 million (US$50 million) had changed hands in the form of fees.

During last year’s raid, the police held 96 suspected prostitutes, aged between 20 and 27, for investigation. One was from Vietnam, while all the others were from mainland China. The prostitutes allegedly were each forced to pay an annual ‘entrance fee’ of RMB150,000 (US$23,158) to solicit clients in public areas of the hotel complex, plus a monthly ‘protection fee’ of RMB10,000, according to the police.

The trial of the case started on January 8 this year and ran for several non-consecutive sessions.

The other five defendants, all employed by Hotel Lisboa at the time of their arrest, were each convicted on Thursday of one offence in relation to the case. Four of those were sentenced to prison terms of between five months and seven months and were released on Thursday because of time already spent in custody awaiting trial.

Kelly Wang, a former deputy manager at Hotel Lisboa, received a 29-month prison term, after the court found she had taken advantage of her position to charge fees from prostitutes. The time she spent in custody awaiting trial will be counted as part of her sentence.

The city’s authorities have said it was the largest suspected case involving prostitution to be broken up in Macau since the city passed from Portuguese administration to that of China in 1999.

Most of Macau’s casino operators are likely to generate positive free cash flow in the first quarter, given the robust recovery level of mass-market gross gaming revenue (GGR) in January, relative... END_OF_DOCUMENT_TOKEN_TO_BE_REPLACED