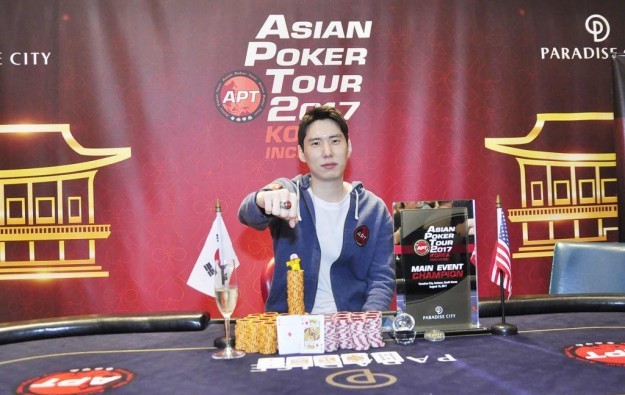 The main event had a total of 185 entries, with each player contributing a KRW1.1-million entry fee, for what the organisers said was a net prize pool of KRW179.45 million. The APT Korea Incheon was held in Paradise City casino resort.

Paradise City, a US$1.1-billion resort project run by Paradise Co Ltd, has a foreigner-only casino, and had its first-phase opening in April.