Alfastreet branches to slots, showing them at G2E 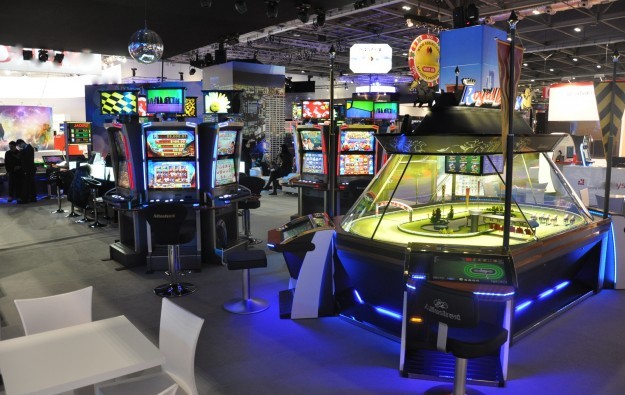 “Alfastreet slot machines have generated huge interest in their prototype form at exhibitions earlier this year and we are eager to test the response of the audience in the North American show,” the company said in a statement accompanying its G2E press release.

The firm added: “They represent a huge step from the established product lineup for the company, but the reaction of our customers and players was extremely positive, therefore we continued with the development. The first units are already on casino floors, with great results.”

Alfastreet stated it had gained “significant momentum” in North America. “More and more operators are acknowledging the engineering and technical superiority of Alfastreet products,” and its level of technical support, the firm said.

“All the machines have got the latest modifications, making them more powerful, reliable and durable,” said Alfastreet.

The company – a privately held Slovenian manufacturer – added it will also exhibit at G2E its Royal Derby mechanical horse race game (pictured right). It said it proved a hit when shown at the International Casino Exhibition (ICE) 2015 in London this February, and at G2E Asia 2015 in Macau in May.

Alfastreet said that at G2E in Las Vegas it will exhibit a product range that has been completely refreshed for 2015.

G2E 2015 will be held at Sands Expo and Convention Center at the Venetian, Las Vegas. The trade show will run from September 29 until October 1, inclusive.

Macau recorded 69,279 visitor arrivals on the sixth day of the Chinese New Year (CNY) holiday period, showed official data. The city welcomed about 384,600 visitors in the first six days of the... END_OF_DOCUMENT_TOKEN_TO_BE_REPLACED