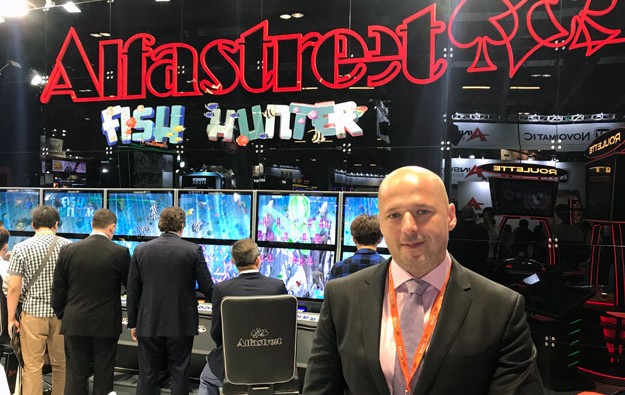 Alfastreet, a privately-held Slovenian manufacturer of electronic gaming machines, is working to expand its presence in the Philippines while exploring the potential of other Asian markets, such as Macau, said its sales director Albert Radman.

The company announced in March it had installed 72 units of its Wiky electronic table game terminal at Solaire Resort and Casino in Manila, in the Philippines. “Right now we are trying to expanding our footprints in the Philippines,” said Mr Radman.

“The big advantage of this product is that its display is 32 inch and it offers the opportunity to play four games at the same time,” he explained.

“The Asian players really enjoy that benefit: they can play multiple baccarat table games, or just different table games at the same time,” he added.

He described the Wiky terminal as Alfastreet’s “most sold product in Asia”.

Besides the Philippines, the sales director also disclosed the Slovenian company is currently installing 400 Wiky units in Singapore.

“After a year of pause in G2E Asia, we’ve decided to come back because we have all the new products that are suitable for the Asian market, proven to be very profitable and accepted by players,” he said.

Besides the Wiky terminal, the Slovenian company also displayed its “Royal Derby” product – a mechanical horse race game with 21st-century digital capability that Mr Radman says is particularly popular in the United States and Latin America.

The firm also displayed for the first time at the Macau trade show “Fish Hunter” (pictured), a game that stemmed from online slot content and has now been given a land-based format.

Fish Hunter “is now undergoing the initial process of certification so we estimate this game will be available for sale in the Asian market in 60 days,” Mr Radman told us.

Regarding Royal Derby, Alfastreet currently has one machine in Solaire, Manila, and two in Cambodia and it plans to debut this machine in the Macau market before this summer. “It’s doing well in the Philippines and Cambodia so we are optimistic about the Macau [opportunities],” he said.

Most of Macau’s casino operators are likely to generate positive free cash flow in the first quarter, given the robust recovery level of mass-market gross gaming revenue (GGR) in January, relative... END_OF_DOCUMENT_TOKEN_TO_BE_REPLACED