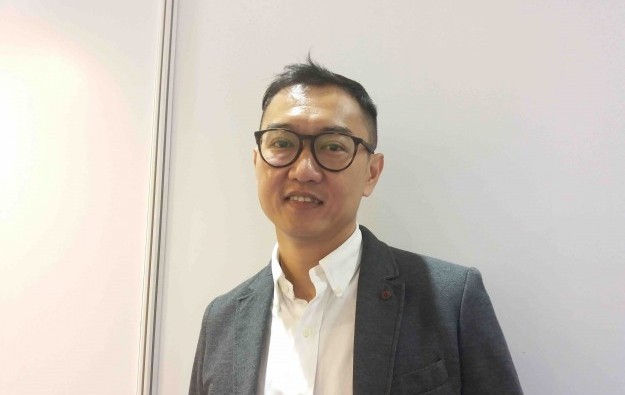 Casino electronic table game (ETG) maker Alfastreet plans to go wireless with the communications linking its machines to a gaming venue’s floor management system and back of house functions. The privately-owned Slovenian firm aims to launch soon a new generation of ETGs with that capability.

“We want to give the land-based casino operator more flexibility to relocate machines without much hassle,” explained Deric Goh (pictured), Alfastreet’s sales director for Asia.

He was speaking to GGRAsia on the sidelines of the Macao Gaming Show 2016, a trade exhibition and conference about the regional casino industry that was held recently at the Venetian Macao and was organised by the Macau Gaming Equipment Manufacturers Association. Alfastreet opted not to have a stand at the event.

Alfastreet says wireless technology is at a stage where it is robust enough and secure enough to be used for commercial casino gaming.

“Going wireless with our ETG products will reduce the hassle for the technicians of doing all the cabling work. It will make the setup as easy as possible,” explained the sales director.

Having such capability on Alfastreet’s casino ETGs – including those for baccarat, sic bo, roulette and craps – will make it easier for casino operators not only to install newly-ordered Alfastreet products, but also to move – subject to regulatory approval – the new generation of machines around the casino floor, he said.

The updated range will also have a refreshment of the terminals used by the players in order to access Alfastreet’s games.

“In terms of the player interface, we are trying to do something different from our competitors. We are creating something new to offer to the land-based casinos: a different kind of experience,” explained Mr Goh, adding that more details would be released closer to product launch.

The company is eyeing the Philippines market as a possible early adopter of its new wireless range, which is still in the final stages of development, and would succeed the existing cable-connected range of Alfastreet ETGs.

“Provided we are fully compliant with the local gaming regulations we are hopeful we might be able to do something soon in that market [the Philippines],” he noted.

The regional sales boss explained that the new wireless range of ETGs was a development from an existing Alfastreet product.

“We already have another product which is quite similar, which we call ‘Remote Play’, whereby a land-based casino can offer the player the ability to bet on all the Alfastreet games in their property via tablet or mobile – even via their hotel room [in the casino property] if they have the necessary connection,” stated Mr Goh.

A global shortage of computing microchips is currently the biggest challenge for gaming machine manufacturers, says businessman Jay Chun (pictured in a file photo), president of the Macau Gaming... END_OF_DOCUMENT_TOKEN_TO_BE_REPLACED