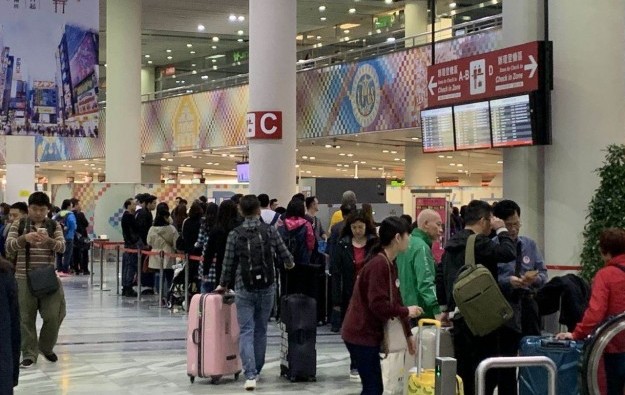 The new peak in tourist numbers arriving by air might have significance for the city’s gaming industry. Most of Macau’s gamblers are tourists, and research suggests that those tourists arriving by air are more likely to stay overnight. That in turn has been identified by casino firms as a predictor of how likely tourists are to gamble on their trip.

In the first four months of 2019, the airport handled more than 3.10 million passengers, up 17 percent from the prior-year period. Flight movements recorded a year-on-year increase of 18 percent to more than 24,000 during the period.

Up to the end of April, the airport handled an average of 1,500 scheduled flights per week by 28 airlines, which had flights to and from 55 other places in mainland China, Taiwan, Southeast Asia or Northeast Asia.

Macau’s casino gross gaming revenue (GGR) for the first five days of February is estimated at MOP1.9 billion (US$235.1 million) – or MOP380 million per day – a level that suggests a “45... END_OF_DOCUMENT_TOKEN_TO_BE_REPLACED