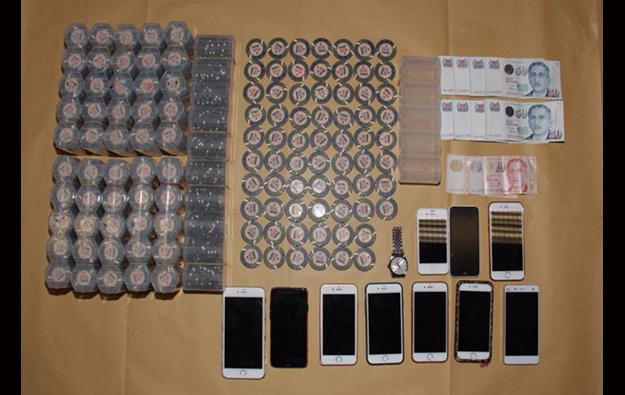 The Singapore Police Force announced the arrest of a 54-year-old Singaporean man suspected of leading a syndicate behind counterfeit casino chips in the city-state.

The arrest, on Thursday, was the result of cooperation with the Royal Malaysia Police and the Macau Judiciary Police, the Singapore Police Force said in a release.

The man was initially detained in Malaysia, after an arrest warrant was issued by the State Courts in Singapore. The suspect was then handed over to the Singapore Police Force on Friday, the release said.

Investigation into the case – involving possession and use of counterfeit chips created to be passed off as the real thing at Marina Bay Sands casino – began in November, according to Singapore’s police.

To date, a total of 19 suspects has been charged for suspected involvement in the fake chip syndicate, the release added.

During its inquiries, the Singapore Police Force had seized counterfeit casino chips with a face value of more than SGD1 million (US$702,825), mobile phones and cash (all pictured).

If convicted for the offence of possession and use of counterfeit casino chips, the syndicate leader – identified as Toh Hock Thiam in reports from Singapore media – is liable to imprisonment for up to seven years or a maximum fine of SGD150,000 or to both, according to the Singapore Police Force release.

The imminent return of package tours from mainland China will not only help boost Macau’s tourism businesses, but is also expected to help casinos gain more foot traffic in their mass gaming... END_OF_DOCUMENT_TOKEN_TO_BE_REPLACED