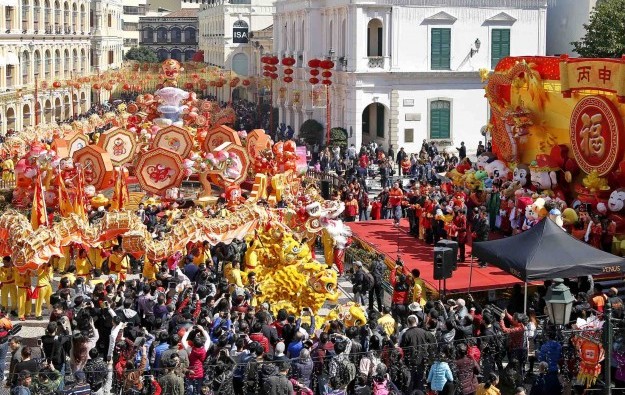 The institution stated that is the case despite the “pleasant surprise” of aggregate Macau casino gross gaming revenue (GGR) in January and February beating its and many other institutions’ forecasts.

“While we are happy with the improvement in [February’s] GGR run-rate, we can’t help but to notice that there is little improvement in industry fundamentals with the surprise coming mainly from the low-margin VIP business (accounting for approximately 10 percent of industry earnings),” they added.

Official data released on Tuesday show Macau’s February GGR was at near standstill year-on-year in February – a month that included the typically strong trading period of the Chinese New Year holiday.

The result brings the accumulated casino GGR for the first two months of the calendar year to nearly MOP38.20 billion, a decline of 11.8 percent judged year-on-year, according to the Gaming Inspection and Coordination Bureau, also known by its Portuguese acronym DICJ.

After peaking during the Lunar New Year holiday week, it is common for Macau gaming revenues to fall back the following week, and for March also to be weaker.

“Against the implied run rates over the Lunar New Year of greater than MOP800 million per day, this set of numbers suggests that last week’s ADR tapered off to approximately MOP620 million per day…

“If the run rate of this range is indeed maintained through March’s trough season, this would suggest the month’s [March] GGR would once again post a double-digit decline of greater than 10 percent year-on-year,” added the Daiwa team.

Official government data on the composition of play in Macau’s gambling market is only given on a quarterly basis, and then categorised only by type of game, including VIP baccarat, mass-market baccarat and slots, rather than by sub-category such as “premium mass” or “lower roll” VIP, that have varying rates of margin for the house.

“The composition of February GGR is unknown,” said Morgan Stanley Asia Ltd analysts Praveen Choudhary and Alex Poon in a note on Tuesday.

They added: “If the recovery is driven by VIP or luck, then it would be less impactful to EBITDA [earnings before interest, taxation, depreciation and amortisation].”

They further noted: “We expect another double digit decline in March GGR of -14 percent year-on-year to MOP18.5 billion.”

Cameron McKnight of Wells Fargo Securities LLC stated in his Tuesday note: “Assuming February revenues were not inflated by the luck factor, we expect March revenue growth of -4 percent to -8 percent year-on-year.”

Grant Govertsen of Union Gaming Securities Asia Ltd said in a Tuesday note: “After what we would consider a solid February, we would expect GGR trends to return to a daily rate closer to MOP600 million, or about MOP18.6 billion in March and MOP18.0 billion in April. This would imply declines of 13 percent and 6 percent, respectively.”

Nomura noted in relation to the February numbers: “Part of the improvement has been priced in with the stocks rallying 27 percent over the past month. Also, with the looming macro trends in China and the declining tourism industry in Hong Kong, which historically has been highly correlated to Macau’s tourism industry, we maintain neutral on the Macau gaming sector.”

Carlo Santarelli of Deutsche Bank Securities Inc noted on Tuesday regarding Macau’s January and February GGR: “We don’t view the result as the sign of a true inflection, but more an indication of sequential stability meeting a favourable holiday-driven comparison.”