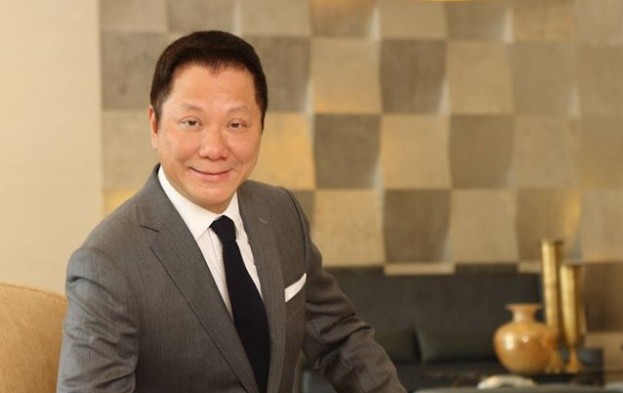 Andrew Tan (pictured) has resigned as chief executive of Philippine conglomerate Alliance Global Group Inc, with effect from Monday. Alliance Global gave the news in a filing that day to the Philippine Stock Exchange. The company is an investor alongside Genting Hong Kong Ltd in the Resorts World Manila casino venue.

Mr Tan’s son Kevin Tan – previously an executive director of Alliance Global – is taking over as CEO, said the filing.

Mr Tan senior, aged 65, is currently listed in ninth position in Forbes’ “Philippines’ Richest 50 List”. His real-time net worth as of June 5 was put at US$2.4 billion

In an interview with the business news television channel CNBC broadcast in April, his son and successor said the group had “learnt a lot” from the fatal fire set by a gunman intruder at Resorts World Manila in June last year.

He also noted that while competition was “intensifying” in the Philippine casino market – with new large-scale international-standard resorts having opened since Resorts World Manila had first-mover status with a first-phase soft launch in August 2009 – his firm was “quite confident because the tourism numbers have also increased”.

Kevin Tan also mentioned that the opening this year of phase three of Resorts World Manila was set to “double” the gaming capacity of the property.

“Next year we’re rebranding one of our original hotels to the Ritz-Carlton, it’ll be the first time Ritz-Carlton ever has entered into the Philippines,” he added.

The imminent return of package tours from mainland China will not only help boost Macau’s tourism businesses, but is also expected to help casinos gain more foot traffic in their mass gaming... END_OF_DOCUMENT_TOKEN_TO_BE_REPLACED