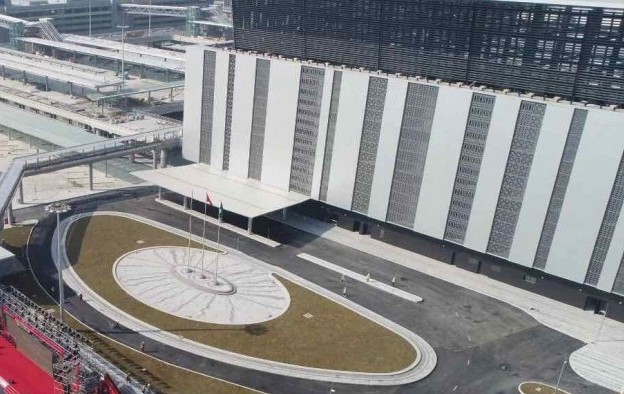 Another licensed cross-border bus service – this one branded as “Hong Kong-Macau Express” – announced over the weekend a passenger service between Kowloon, Hong Kong and several Macau casino resorts via the Hong Kong-Zhuhai-Macau (HKZM) Bridge.

According to Macau Chinese-language media reports, Hong Kong-Macau Express said it would start services on Wednesday, the first day of full operation for the bridge.  The HKZM Bridge opens to traffic at 9am that day according to a Macau government announcement last week.

When departing from, and arriving in, Hong Kong, the Hong Kong-Macau Express service will call at Shanghai Street in Prince Edward, Kowloon; and the Elements shopping mall in West Kowloon.

Boundary crossing services for passengers and vehicles travelling between Macau and Hong Kong will be open 24 hours a day, once the bridge is operational, said a Macau government statement issued last week. At least two other licensed passenger bus services – one branded as “One Bus” – have already been announced for travel between Kowloon and several casino resorts in Macau peninsula and Cotai via the HKZM Bridge.

In May Macau’s Transport Bureau confirmed that the city’s existing casino shuttle bus services would not be allowed to cross the Hong Kong-Zhuhai-Macau Bridge. But the bureau said at the time that it was discussing with the Macau casino concessionaires the possibility of the companies running a joint shuttle bus service with two routes: from the Macau boundary crossing of the HKZM Bridge (pictured) to, respectively, the Outer Harbour Ferry Terminal and the Taipa Ferry Terminal.