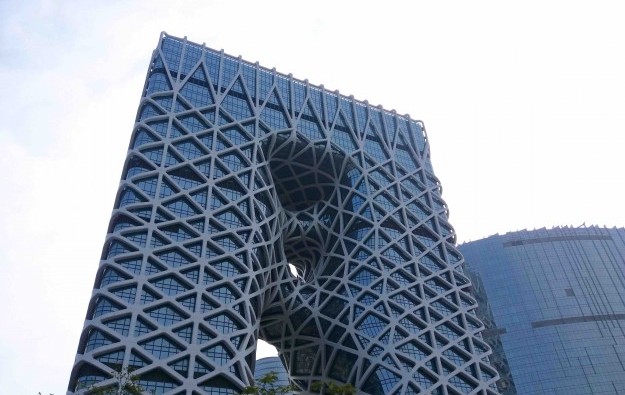 Macau officials have declined to comment on whether any work suspension might be imposed on the construction site for the Morpheus hotel tower at the City of Dreams (CoD) Macau casino resort, following the death on Sunday of a woman there.

The resort’s promoter, Melco Resorts and Entertainment Ltd, has previously said Morpheus (pictured) should be open by the end of the second quarter.

Last year, the Morpheus site had a government-ordered suspension lasting a fortnight, when a 33-year-old worker died after being hit by a steel beam. The works at the site only resumed on July 28. The US$1-billion Morpheus will feature approximately 780 hotel rooms, suites and villas, and will have space for premium mass gaming tables, according to previous company announcements.

In the latest incident, a 32-year-old worker fell to her  death when working on Sunday at the site. The event has been classified as an industrial accident and is under further investigation by the Judiciary Police, the city’s Public Security Police noted to GGRAsia in response to a telephone enquiry. The police spokesperson added that – according to the investigations so far – the victim was not registered as a legal worker.

On Monday the city’s Labour Affairs Bureau told GGRAsia – also in response to a telephone enquiry – that it was still looking into the fatal industrial accident, and declined to comment on whether a work suspension might be ordered at the site.

The mainland Chinese woman was said to have been working in the vicinity of the fifth floor of the Morpheus tower and suffered a serious head injury after falling. She was certified dead after an emergency rescue on the same day.

It is likely that Macau will shortly have a third round of citywide centre-based Covid-19 testing in little more than a week, after the results so far of a second mass test – that was due to finish... END_OF_DOCUMENT_TOKEN_TO_BE_REPLACED