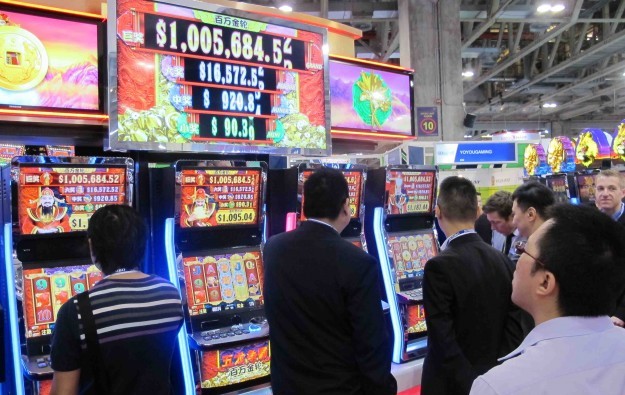 Australian gaming equipment maker Aristocrat Leisure Ltd has announced the acquisition of all material assets of U.S.-based Paltronics Inc, including intellectual property relating to products. It did not disclose the amount of cash in the deal.

It is the latest in a series of mergers and acquisitions taking place in the casino equipment supply sector.

In a statement on Thursday, Aristocrat said it would maintain its relationship with the independently-owned Paltronics Australasia Pty Limited, which has acted as the exclusive distributor for Paltronics products in Australia, New Zealand and throughout Asia.

Paltronics jackpot controllers have been deployed in Aristocrat’s linked progressive products, including its Hyperlink and Xtreme Mystery.

“This is a compelling acquisition that will deliver significant value across key strategic segments, particularly our leading U.S. casino systems business and in the fast-growing linked progressive and jackpot markets,” Jamie Odell, chief executive of Aristocrat, said in the statement.

Aristocrat says it plans to keep expanding in the U.S. and investing in its core products. Last month, the company confirmed “advanced discussions” about acquiring U.S.-based Video Gaming Technologies Inc.

A global shortage of computing microchips is currently the biggest challenge for gaming machine manufacturers, says businessman Jay Chun (pictured in a file photo), president of the Macau Gaming... END_OF_DOCUMENT_TOKEN_TO_BE_REPLACED