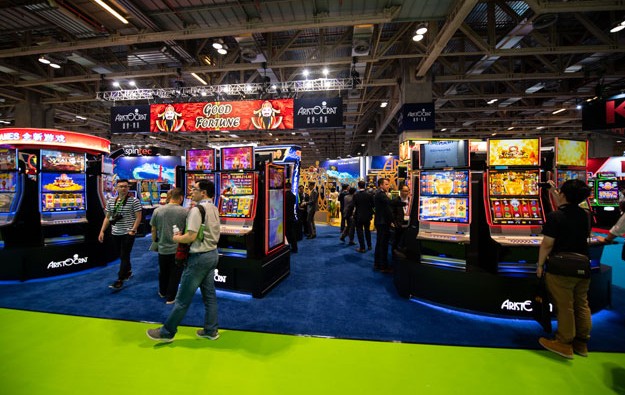 Net profit after tax at Australia-listed slot machine maker Aristocrat Leisure Ltd rose 2.8 percent in its fiscal first half, on revenue that rose 28.5 percent, said the firm on Thursday in a filing to the Australian Securities Exchange.

Such profit for the six months to March 31 was AUD256.5 million (US$193.8 million). Revenue for the period was nearly AUD1.58 billion, compared to approximately AUD1.23 billion a year earlier.

Costs associated with generating revenue rose 37.4 percent, to AUD669.5 million, compared to AUD487.4 million in the prior-year period. The company also reported higher design and development costs, as well as higher spending in sales and marketing.

The firm’s directors authorised an interim fully-franked dividend of AUD0.19 per share, to an aggregate of AUD121.3 million, in respect to the six months to March 31. The record and payment dates for the interim dividend are May 30 and July 3, respectively.

In International Class III products, including slot machines for the Asia-Pacific region but excluding North America, revenue judged in constant currency but on a normalised basis decreased 16.3 percent year-on-year to AUD108.2 million – from AUD129.2 million. The firm said that was due to “the concentration of [venue] openings in this segment in the prior corresponding period”.

The firm stated: “Underlying performance remained strong in the International Class III business with continued penetration of Lightning Link across the Asia-Pacific region delivering market-leading performance enabling the transition to floor optimisation following the prior focus on openings.”

Aristocrat Leisure said that group-wide on a normalised basis – taking account of profit before amortisation of acquired intangibles – its profit was AUD361.5 million, representing growth of 32 percent in “reported” terms, i.e., without adjustment for currency exchange rate fluctuations. The firm earns much of its money in U.S. dollars, supplying machines to the North America market.

Trevor Croker, the group’s chief executive, said in a prepared statement in the results: “The strong 32 percent profit improvement… demonstrates the soundness of our strategy whilst highlighting our broadening ambition, as we make substantial progress in expanding our addressable market across both digital and land-based segments.”

In local currency terms, Americas profits for the casino segment increased by 18 percent year-on-year to US$319 million, on revenue that rose 10.5 percent, to US$592.8 million. The firm said the Americas performance showed 3.3 percentage points of margin expansion year-on-year.

But it added: “Margin moderated in line with expectations as the digital business scales to include a new social gaming segment.” Such margin fell 8.7 percentage points, to 35 percent, from 43.7 percent.

Aristocrat Leisure confirmed in Thursday’s filing that it expects “double-digit growth in normalised profit after tax and before amortisation to continue over the twelve months to 30 September 2018, compared to the 2017 full-year result”.

China has moved one step closer towards reopening, by relaxing some its Covid-19 control measures, with most infected people now able to quarantine at home rather than in state-sanctioned... END_OF_DOCUMENT_TOKEN_TO_BE_REPLACED