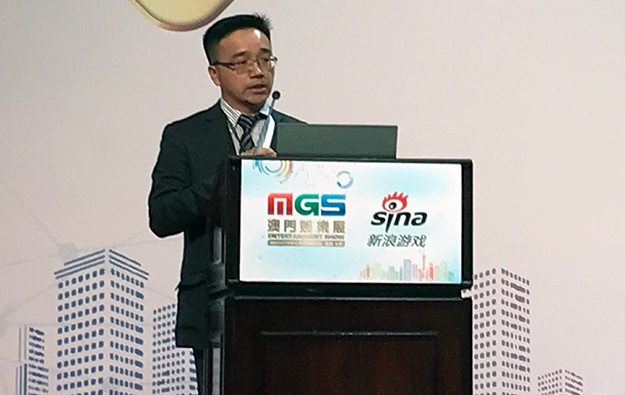 The firm had a market share of 48 percent of the total number of EGMs in the market as of July, according to data featured in a presentation by Tony Chio Iao Mak, senior advisor of the Gaming Inspection and Coordination Bureau.

The data provided by Mr Chio showed there was a total of 17,015 EGMs in the Macau market in July. According to a clarification e-mail sent by DICJ to GGRAsia, the figure included both machines in operation and those pending regulatory inspection. The figure covered both slot machines and electronic table games.

Of the total 17,015 EGMs in Macau, Aristocrat had supplied a total of 8,209, Mr Chio said in his presentation.

U.S.-based Scientific Games Corp placed a distant second, with a market share of 17 percent, or 2,932 EGMs. The figure increased to 19 percent if including the 351 units in the market under the Bally brand. In November 2014, Bally – along with the Shuffle Master brands – was absorbed into Scientific Games in a deal valued at US$5.1 billion.

Rounding up the top five, were International Game Technology Plc (IGT), with a market share of 5 percent (810 EGMs), and Interblock DD – a specialist in the supply of casino electronic table games – with 3 percent (494 EGMs).

Mr Chio said in his presentation that, as of July, a total of 29 gaming equipment suppliers had EGMs deployed in the Macau casino market.

Slot machine revenue in Macau in the three months to September 30 this year rose 13.4 percent, to MOP3.22 billion (US$400.7 million), compared to MOP2.84 billion last year. The number of slot machines in operation in the market during the third quarter of this year rose 0.7 percent sequentially to 16,310, compared to 16,204 in the previous quarter, according to data released in October by DICJ.

Casino gross gaming revenue from live multi game – a category of electronic gaming tables using a live dealer but electronic betting and bet settlement – rose 0.3 percent year-on-year in the third quarter of 2017, to MOP613 million, compared to MOP611 million in the prior-year period.