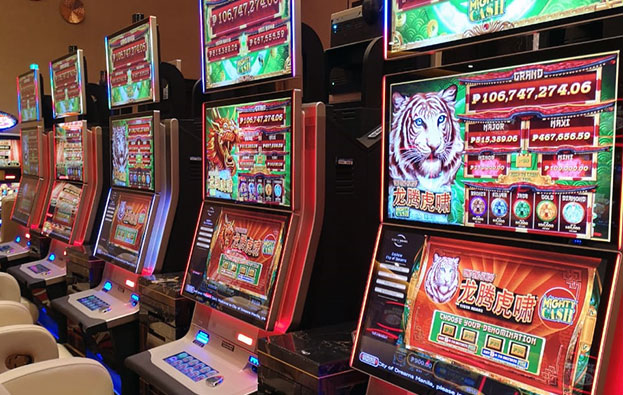 Australian slot-machine maker Aristocrat Leisure Ltd says it has installed what it described as the “largest link jackpot” in the Philippines. The firm said in a press release that the link (pictured) – using the firm’s Mighty Cash Link product – had a PHP100-million (US$1.9 million) grand jackpot start-up value.

The link went live on Friday, and features high denomination play, according to Aristocrat. It is available at City of Dreams Manila, a casino resort operated by a subsidiary of casino investor Melco International Development Ltd. The latter is controlled by Lawrence Ho Yau Lung.

“Aristocrat has been working with City of Dreams Manila for a long time,” the gaming supplier’s sales and business development director for the Asia Pacific region, Lloyd Robson, said in comments included in the release.

Mr Robson added: “Their players enjoy our Mighty Cash game, and City of Dreams wanted to bring the fun to a new level. We listened carefully to what they wanted to achieve, and we are thrilled to have created this milestone achievement.”

Aristocrat’s press release also quoted the chief operating officer of City of Dreams Manila, Kevin Benning, as stating that the new link product was part of the property’s goal “to create fun, new experiences” for its customers while “pioneering ways that differentiate” the property in the market.

The link jackpot at City of Dreams Manila “is supported by 64-bit game technology coupled with the latest vertex controller,” Aristocrat said. Mighty Cash Link launched on Aristocrat’s Helix+ cabinet, with an option for a physical button deck or a virtual button deck with bash button, the firm added.

Aristocrat reported in May a normalised net profit after tax and amortisation in its financial first half ended March of AUD422.3 million (US$292.5 million), a 16.8-percent increase in year-on-year terms.

Macau’s casino gross gaming revenue (GGR) for the first five days of February is estimated at MOP1.9 billion (US$235.1 million) – or MOP380 million per day – a level that suggests a “45... END_OF_DOCUMENT_TOKEN_TO_BE_REPLACED