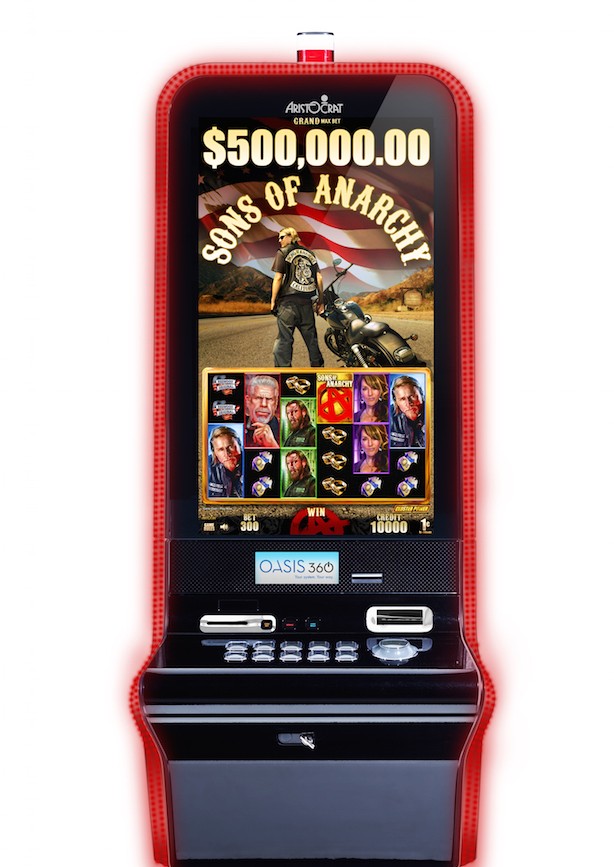 Aristocrat Technologies Inc has launched a new slot game in the U.S. market. “Sons of Anarchy Slot Game” is based on an award-winning television crime drama premiered on the FX Network in the U.S.

The game was previewed in September at the Global Gaming Expo 2014 casino industry trade show in Las Vegas, Nevada.

The firm says Sons of Anarchy Slot Game is the first of the company’s products to feature Aristocrat’s “Cluster Power” feature, where winning combinations are formed by connecting the same symbol in clusters across multiple reels. Additionally, the makers say the video graphics of the game allow the reel area on the screen display to expand in any direction during the “No Limits Jackpot” feature.

Additionally, a free games bonus awards between 10 and 100 free games.