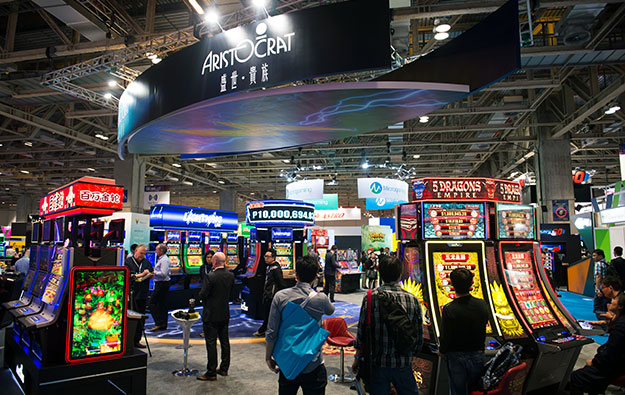 Australian slot machine maker Aristocrat Leisure Ltd announced on Thursday its results for the fiscal half year to March 31, and outlined its profit expectations for full year ending September 30.

“This result reflected the strong performance delivered across the group’s global portfolio, particularly growth in Aristocrat Leisure’s Americas, digital and international Class III businesses, supported by sustained momentum in Australia,” said the firm in a filing to the Australian Securities Exchange.

“Asia Pacific performance was strong, mainly driven by large-scale openings in the Philippines and Malaysia where market-leading ship share was achieved,” the company added in a separate presentation also filed on Thursday.

That document added: “The completion of the 1.1 regulatory churn cycle in Macau in fiscal year 2016 was more than offset by growth across the region.” That was a reference to replacement or upgrade of electronic gaming machines (EGMs) in the Macau market, occasioned by the city’s “EGM Technical Standards for Macau Version 1.1” originally issued in 2014.

“Platform unit sales were up significantly … and driven by new openings; consistent with our feedback from G2E,” analysts Donald Carducci, Shaun Cousins and Shalin Doshi wrote in a Thursday note. “We believe material uplift will continue as Lightning titles expand the Class III division and new fee-per-day arrangement.”

In its latest results, Aristocrat Leisure said its directors had authorised a dividend of AUD0.14 per share – franked at 25 percent – in respect of the six months ended March 31. The dividend amounts to AUD89.4 million in aggregate, said the company.

It represented an increase of AUD0.04, or 40 percent, on the prior corresponding period. The interim dividend is likely to be declared and paid on July 3. The firm said any future dividends are likely also to be partially franked.

Operating cash flow of AUD401.9 million was over 41 percent higher than the prior-year period, which Aristocrat Leisure said reflected the strong operational performance of the business, together with a continued, rigorous focus on cash management.

The group said net gearing improved from 1.9 times at March 31, 2016, to 0.9 times at the end of the current reporting period, due to earnings growth and significant free cash flow generation across the group.

The firm outlined its profit expectations for the full year to September 30, 2017.

It expects growth in normalised net profit after tax and before amortisation of acquired intangibles over the full year in the range of 20 percent to 30 percent, compared to the corresponding 2016 result.

It noted: “While this guidance implies a lower second half, it reflects a planned uplift in design and development investment, together with the [weighted] impact of the concentration of new openings in the first half of the financial year, which is not likely to be repeated in the second half.”