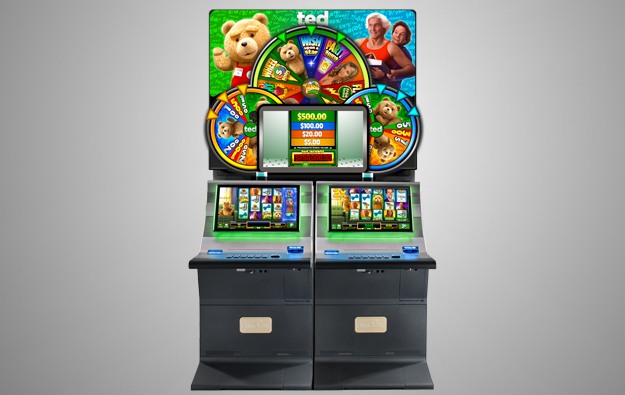 Ted, a slot game based on the hit Hollywood comedy film series of the same name, is being offered by Aristocrat Technologies Inc in North American markets.

The Class III casino product is described by the maker as offering play where “volatility is low, and the feature frequency is high”.

The game is on Aristocrat’s Wonder Wheels slot platform, which features 55-inch (140-centimetre) screens and a topper. The cabinet can reach as much as 10.5-feet (3.2-metres) in height.

Ted has a five-level progressive jackpot, including a US$250,000-multi site progressive ‘grand jackpot’ and a US$10,000-‘static jackpot’. In addition, the manufacturer says one of six bonuses can be triggered within the base game “at any time with any bet”.

There is also a Thunder Buddies Wheel feature, which awards one of nine bonus features that are based on themes from the Ted series.

The decision by the Macau government to grant fresh 10-year licences to each of the city’s six incumbent casino operators has been welcome by top management at those firms. Each of the concessions... END_OF_DOCUMENT_TOKEN_TO_BE_REPLACED