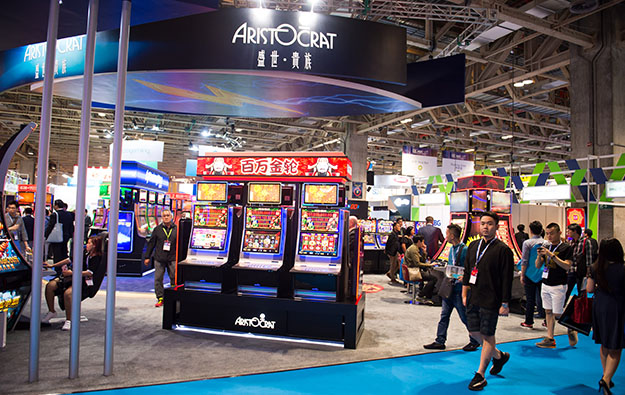 The fortunes of two of the gaming industry’s biggest slot machine makers – Aristocrat Leisure Ltd and Ainsworth Game Technology Ltd – will diverge over the next 12 months, according to a report from JP Morgan Securities Australia Ltd.

In the latest edition of the institution’s survey of the market for slot machines released on Wednesday, Aristocrat is likely to outperform other suppliers of slot machines in the global market.

“Aristocrat is well positioned for growth and looks set to enjoy a significant pipeline of outperformance during the remainder of 2018 and into 2019,” said analysts Donald Carducci, Shaun Cousins and Shalin Doshi.

The brokerage however suggested that the expectations for sales by Ainsworth Game have diminished. The JP Morgan report said Ainsworth Game faces competition from niche manufacturers as casinos aim for a wider range of machines on their gaming floors.

The report sees Aristocrat as the leading beneficiary of another year of growth in the United States market, where it currently has a 17-percent share of all cabinets on gaming floors, according to the survey. The report’s authors forecast more conversions and increases in the price of cabinets as the main drivers of revenue for slot machine manufacturers, against a background of flat sales for new machines.

In the Australian market, the brokerage says Aristocrat also enjoys the biggest market share and is expected to maintain its lead. Aristocrat is forecast to see earnings grow slowly, in line with the overall market. Ainsworth Game products are likely to perform better in Australia than in the U.S.

The 9th edition of the survey, conducted between March and June this year, suggested Australian customers are putting more money into electronic gaming machines, causing casinos and pubs to invest in replacements and conversions, although JP Morgan thinks the prospects for prices are mixed.

The survey report said successful launches of new products and further improvement in its library of titles has allowed Aristocrat to increase its share of the North American market at the expense of its competitors, and achieve annual rates of sales and earnings growth greater than 10 percent.