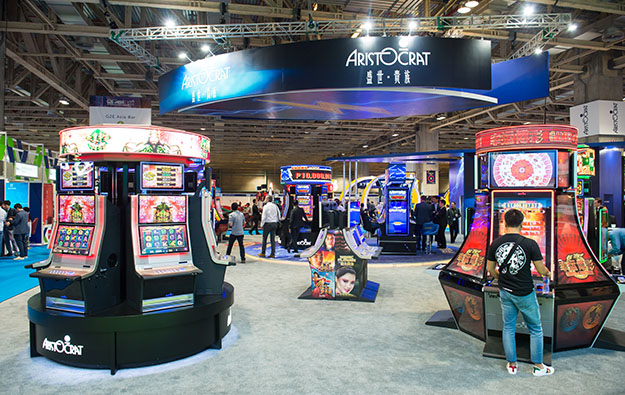 Such profit was AUD495.1 million (US$375.5 million), compared to AUD350.5 million in the prior-year period. In that previous financial year, group net profit after tax had soared by 88 percent.

For the latest 12-month reporting period, the Aristocrat board authorised a final dividend of AUD0.20 per share – in aggregate AUD127.7 million – franked at 100 percent.

The company said total dividends for financial year 2017 of AUD0.34 per share represented a 36.0-percent – or AUD0.09 per share – increase on the prior corresponding period. The final dividend is likely to be declared and paid on December 20.

“The group’s ability to frank dividends will be considered going forward, depending on its franking balance and forecast position,” said the firm in one of several Thursday filings to the Australian Securities Exchange.

The CEO added that 52 percent of group revenues came from recurring sources during the reporting period, noting also that there had been growth in outright sales.

He added the gaming supplier had been “focusing on diversifying sources and geographies of revenue,” and that the Big Fish acquisition was “expected to be basic adjusted earnings per ordinary share-accretive from the first year of ownership,” with the transaction due to be completed in the first quarter of calendar year 2018.

Aristocrat gave on Thursday a brief forecast for fiscal 2018, saying it anticipated continued business growth, but noted – referring to commercial casino gaming equipment in international markets including Asia Pacific – there was likely to be “moderating performance in the International Class III segment driven by a reduction in new casino openings in financial year 2018.” The firm however added it would be “maintaining [its] leading ship share positions”.

Macau recorded 69,279 visitor arrivals on the sixth day of the Chinese New Year (CNY) holiday period, showed official data. The city welcomed about 384,600 visitors in the first six days of the... END_OF_DOCUMENT_TOKEN_TO_BE_REPLACED