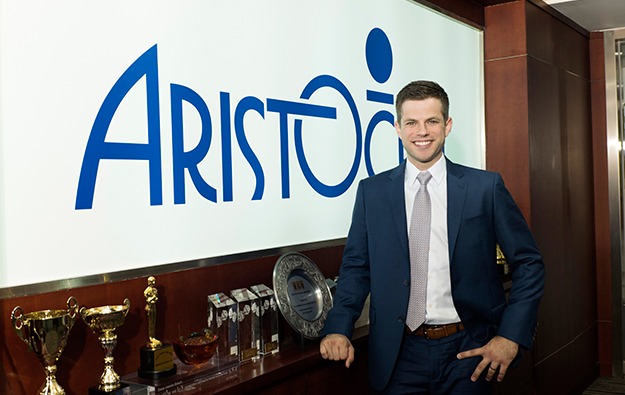 Australia-based slot machine maker Aristocrat Leisure Ltd has appointed Chris Rowe as the firm’s managing director Asia-Pacific. The announcement was made by the company in an email sent on Tuesday to GGRAsia.

The post of managing director Asia-Pacific was previously occupied by Vincent Kelly, who recently left Aristocrat.

Mr Rowe (pictured) joined Aristocrat in 2004. Most recently, he was sales and business development director for Asia-Pacific. In his new role, he will continue to be based in Macau.

“Working across the region over the last two and a half years has given me insight into just how dynamic and diverse these markets are, along with real belief in the potential that lies ahead,” Mr Rowe said in a prepared statement included in Aristocrat’s email.

He added: “Aristocrat will continue to focus on further strengthening our partnerships with casino customers in Asia-Pacific. We have an important role in helping our customers meet their challenges, whether that’s in terms of managing complexity, finding growth or responding to change in the market.”

Australian Securities Exchange-listed Aristocrat Leisure posted net profit after tax for the half year to March 31 of AUD249.6 million (US$198.0 million), representing 56.9-percent growth – or 53 percent in constant currency terms – compared to the AUD159.1 million delivered in the six months to March 31, 2016. “Asia Pacific performance was strong, mainly driven by large-scale openings in the Philippines and Malaysia where market-leading ship share was achieved,” the company stated at the time.

The imminent return of package tours from mainland China will not only help boost Macau’s tourism businesses, but is also expected to help casinos gain more foot traffic in their mass gaming... END_OF_DOCUMENT_TOKEN_TO_BE_REPLACED