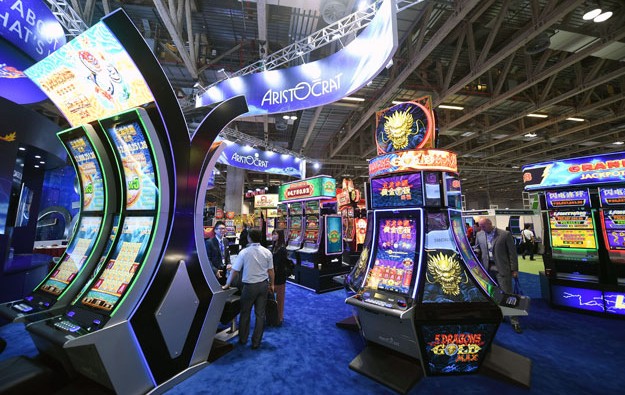 The Aristocrat brand has clarified to GGRAsia it has not supplied electronic gaming machines in the Russian land-based sector “for many years”, and has no “gaming business” there. But the company said it had suspended its mobile games in that market,  as “operating in Russia is currently not viable.”

Natalie Toohey, chief corporate affairs officer for Aristocrat Leisure Ltd, told GGRAsia in an email on Wednesday that the company had stopped operating in Russia even before a new generation of casino resorts opened in that country.

These included casino resorts in the Primorye Integrated Entertainment Zone near Vladivostok, in the Russian Far East – the first of which was the Tigre de Cristal resort backed by Hong Kong-listed Summit Ascent Holdings Ltd.

Ms Toohey stated: “We have specifically never sold products into the casinos you mention; we exited Russia before those regions were regulated.”

Within the Aristocrat group, the gaming division relates to land-based casinos and supporting products.

Earlier on Wednesday, in a filing to the Australian Securities Exchange, the company provided an update regarding its operations in that region, mentioning Russia’s invasion of Ukraine.

Aristocrat Leisure said: “Unfortunately, operating in Russia is currently not viable and Aristocrat confirms it will suspend operating our mobile games in Russia.”

Aristocrat said in its stock exchange announcement that around 1,000 people normally worked for business units within Pixel United, in Ukraine.

“To date, Aristocrat has assisted over two-thirds of our Ukraine based employees and their families to voluntarily relocate, either internationally or to safer locations within the country,” stated the company.

“The well-being and safety of our people remain our highest priority and Aristocrat’s Pixel United team continues to lead a comprehensive response,” said the announcement. It added that relocated staff were working remotely, ”supported by existing Pixel United studios across Europe”.

Aristocrat stated: “A new office will open shortly in Wroclaw, Poland, adding to our existing operations in Poland, and supporting further talent acquisition over time.”

The statement further noted: “In respect of our Russia-based employees, we are exploring our strategic options and we will continue to do what we can to support” them.

Aristocrat said it did not anticipate “material impact on earnings” as a result of the military crisis. “We will continue to closely monitor impacts given the fluid situation, and provide an update at Aristocrat’s half year financial results in May,” the group added.