Aristocrat swings back to profit in fiscal 2015 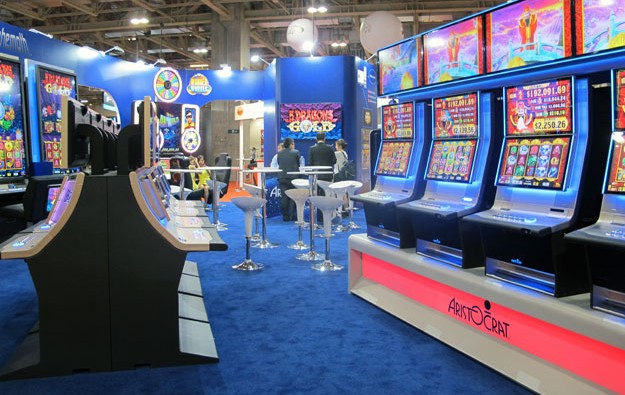 Australia-based slot machine maker Aristocrat Leisure Ltd on Wednesday reported net profit after tax of AUD186.4 million (US$135.4 million) for its fiscal year ended September 30, compared to a loss of AUD16.4 million in the previous year.

Group performance for the year was well ahead of the prior corresponding period, with revenue increasing by 88.6 percent year-on-year to AUD1.6 billion, compared to AUD839.0 million in the year-prior period.

Sydney-based Aristocrat said strong sales in North America and Australia boosted its full-year earnings for the 2015 financial year. The company said its US$1.28 billion deal last year to buy U.S.-based Video Gaming Technologies Inc (VGT) had started to strengthen its performance in the Americas unit and assisted the lift in group profit.

“Performance was driven by the successful acquisition and integration of the VGT Class II gaming operations business, together with sustained improvement in operational performance,” Aristocrat said in a filing to the Australian Securities Exchange.

“Positive momentum in North American gaming operations across both Class III and Class II segments, outstanding growth in the Australian outright sales market and strong performance in Digital contributed to the result,” it added.

The slot machine maker reported earnings before interest, taxation, depreciation and amortisation (EBITDA) of AUD523.1 million for the year ended September 30, up by 138.5 percent from the prior-year period.

Revenue in Aristocrat’s international segment was boosted by strong sales in Macau, with the opening of new casinos on Cotai, said the company. The firm reported revenue – on a constant currency basis – of AUD120.1 million for the segment, up by 14.2 percent from a year earlier. Segment profit rose 3.9 percent year-on-year to AUD43.0 million.

Aristocrat’s board authorised a final dividend for the six months ended September 30 of AUD0.09 per share, resulting in total dividends for the full year of AUD0.17 per share.

“Over the course of the year, the business continued to focus on the things within our control, namely broadening and deepening our core portfolio, improving front-end effectiveness, investing in outstanding talent and entrenching a high performance culture,” Aristocrat’s chief executive, Jamie Odell, said in a statement accompanying the results.

During the reporting period, Aristocrat sold its entire Japanese business to Fields Corp, a company focused on the pachinko and pachislot industry in Japan.

Mr Odell said: “During the reporting period, Aristocrat exited distracting business and increased our focus on core Class II, Class III and digital operations. We also made significant progress in reducing our reliance on one-off sales and driving recurring revenues. The percentage of revenue Aristocrat derives from recurring sources has already grown from under 24 percent at 30 September 2014 to over 45 percent at the 2015 full year.”

Aristocrat’s CEO also hinted at the prospect of the firm scouting for more deals. “The growth in the group’s recurring revenue base and strong cash flows provide the business with the capacity to consider additional organic and inorganic investments over the coming period, consistent with our strategy and shareholders’ interests,” Mr Odell said.

China has moved one step closer towards reopening, by relaxing some its Covid-19 control measures, with most infected people now able to quarantine at home rather than in state-sanctioned... END_OF_DOCUMENT_TOKEN_TO_BE_REPLACED