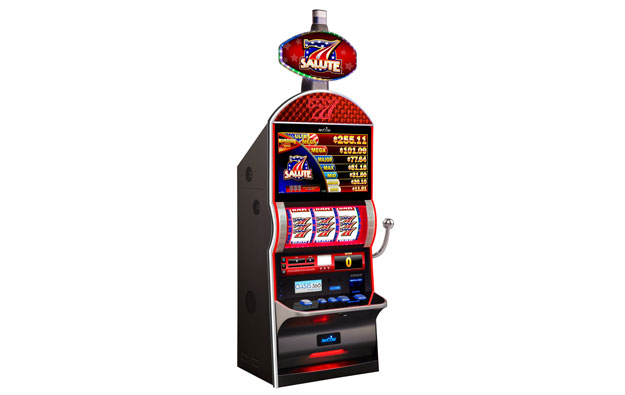 Aristocrat Technologies Inc has launched a new slot machine cabinet in North America that it says combines the technology strengths of its parent, Australia’s Aristocrat Leisure Ltd, and that of the group’s 2014 acquisition, Video Gaming Technologies Inc (VGT).

‘Stepper’ machines as a casino game product category hark back to the early days of slot machine technology, with oversize reels and pull handles. Nowadays, the technology inside them typically combines state-of-the-art video gaming technology with the latest electro-mechanical features.

The Aristocrat group’s new chief executive, Trevor Croker, reiterated to shareholders at its annual general meeting on Monday that the stepper machine segment – where the firm has not previously had a presence – was one of its key growth opportunities.

He noted the group had displayed such products at the Global Gaming Expo (G2E) casino industry trade show in Las Vegas, Nevada, in September.

In the so-called Class III – or commercial casino gaming – stepper segment, an initial portfolio of games had been approved and launched in the market in a small number of properties, said Mr Croker.

According to Thursday’s press release, the RELM cabinet features a mechanical button deck; chrome detailing on its arm and speakers; and a 23-inch, high-definition, monitor. When a win is recorded, a mechanical bell sounds.

Macau’s unemployment rate, and the resulting social pressure, could potentially result in “instability” regarding the city’s security, said the Office of the Secretary for Security in... END_OF_DOCUMENT_TOKEN_TO_BE_REPLACED