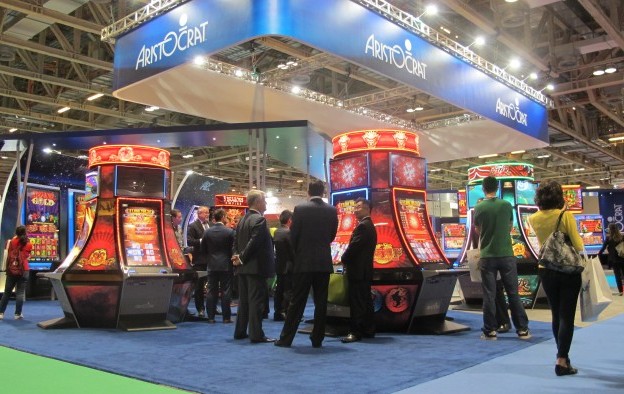 Net profit after tax (NPAT) at Australia-based slot machine maker Aristocrat Leisure Ltd jumped 105 percent year-on-year in the six months to March 31, the firm said in a filing to the Australian Securities Exchange on Thursday.

The company had already provided some information to investors regarding its first half results in a trading update released earlier this month.

The directors authorised an interim dividend of AUD0.10 per share for the half year, “in line with previous dividend guidance and AUD0.02 per share higher than in the prior corresponding period,” said the company. The dividend will be paid on July 1.

“Performance was driven by further growth in share, average selling price and overall average fee per day across Aristocrat’s core segments in North America and Australia, together with continued earnings growth and record [numbers of] daily active users in the digital social gaming business,” stated Aristocrat.

The firm said that in the ‘International Class III’ segment for casino slot machines, Aristocrat’s Good Fortune link and Five Dragons game continued “to perform above floor [average] in all venues in Asia Pacific”.

The firm added however that International Class III revenue was down 1.2 percent year-on-year to AUD59.3 million in constant currency terms, which it said was due to the fact there had been two casino openings in Macau in the prior corresponding period, which had boosted revenue at that earlier reporting period. Revenue in the current reporting period had been bolstered by stronger sales in Europe and South Africa.

Aristocrat’s chief executive and managing director, Jamie Odell, said in statement accompanying the results, that “Aristocrat delivered outstanding results over the first half of fiscal 2016, representing our 10th consecutive period of earnings growth.”

Mr Odell added that the group expected NPATA for the second half of fiscal year 2016 to be “broadly in line with the first half”.

Macau’s casino gross gaming revenue (GGR) for the first five days of February is estimated at MOP1.9 billion (US$235.1 million) – or MOP380 million per day – a level that suggests a “45... END_OF_DOCUMENT_TOKEN_TO_BE_REPLACED