Around 250 exhibitors to attend AGE 2017: organiser 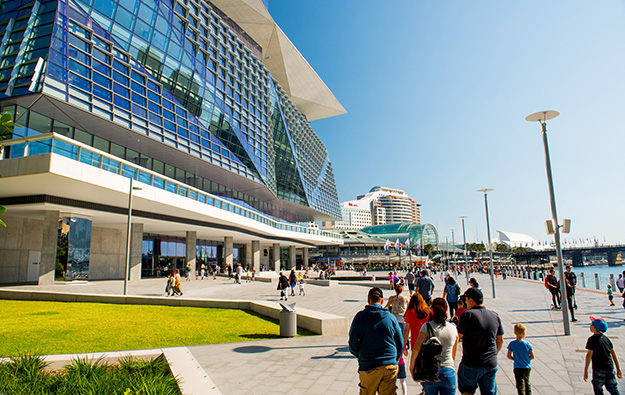 A total of 250 exhibitors are expected to attend the 2017 edition of the Australasian Gaming Expo (AGE), said the event’s organiser, the Gaming Technologies Association.

The event will move to a new home for the 2017 edition: the newly-built International Convention Centre Sydney (pictured) at Darling Harbour in Sydney, New South Wales.

“In 2017 the AGE returns to Darling Harbour and the new International Convention Centre, featuring over 19,000 square metres [205,000 sq feet] of exhibition space and 250 exhibitors,” the association stated in a press release issued on Tuesday.

The three-day Australasian Gaming Expo 2017 will open on August 15 and run until August 17 inclusive.

Visitor attendance for last year’s edition of AGE was the highest in the 27-year history of the event, according to figures from the organisers. The three-day gathering welcomed a total of 6,813 visitors and 195 exhibitors, the organisers had stated shortly after the show.

Some Macau casinos visited by GGRAsia on Thursday, actually had tables that were closed, notwithstanding strong consumer demand during Chinese New Year (CNY). The reasons for some tables being... END_OF_DOCUMENT_TOKEN_TO_BE_REPLACED